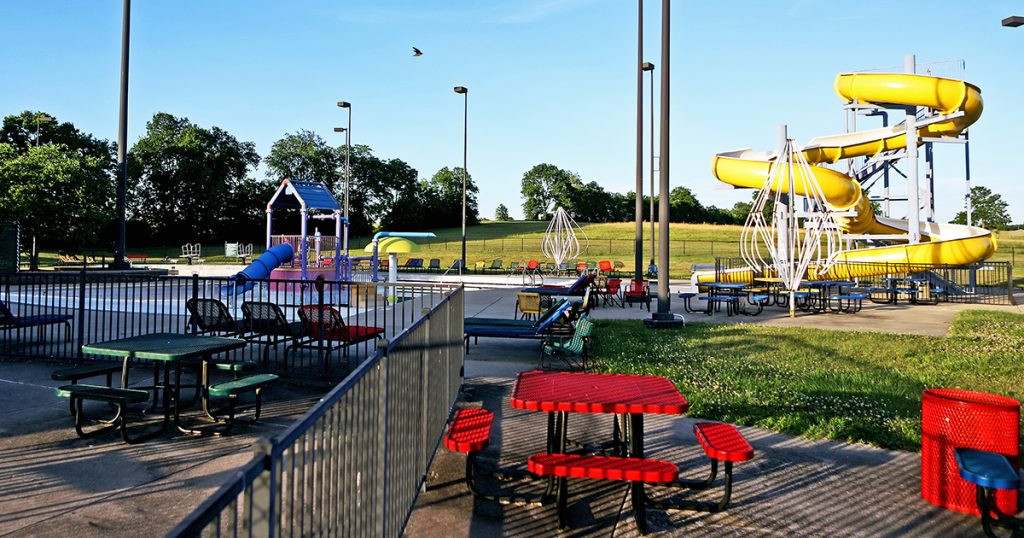 The Anderson-Dean Community Park Aquatic Center opening has been delayed again due to leaks, but fireworks at the park will happen July 4 at dusk. Park Director Jeremy Turpin said he has been working non-stop to get the pool open since the beginning of May.

The pool has been a source of uncertainty for the park since the spring and the latest efforts to reopen it have been wrought with problems.

“When we first went to start up the pool back in early May we found 12 breaks in the inside lines,” said Turpin. “We have since gotten those fixed but that took some time.”

After the initial plumbing issues were fixed, Turpin filled the pool to start the pumps.

“I filled it up and by the next day all the water had drained,” said Turpin. “That was a valve issue.”

Turpin said once the valve issues were resolved he filled the pool a second time.

“I filled it last Sunday and came in Monday to a two foot water loss,” said Turpin. “We have called in a leak specialist and another plumber to fix the issues.”

Turpin said the park had hoped to open the pool this coming weekend but if the pool isn’t holding water, opening is not possible.

“I am not giving up,” said Turpin. “I want this pool open more than anyone.”

The Aquatic Center was closed in 2020 due to state pandemic mandates. Several board members worry that two years without water left the pool damaged.

Mike Steele, president of the board of directors, was worried about the amount of issues the pool would face.

“The pumps have always had trouble in the past but with the prolonged dryness it is scary to think the amount of issues we might have,” said Steele at the April board meeting.

Despite the issues surrounding the aquatic center, the Fourth of July celebration will be held Sunday, July 4 at dusk.

“We expect cars to start coming into the park around 6 p.m.,” said Turpin. “We have several food trucks lined up for the event.”

The next meeting of the Anderson-Dean Community Park board is scheduled for Monday, July 12, at noon.