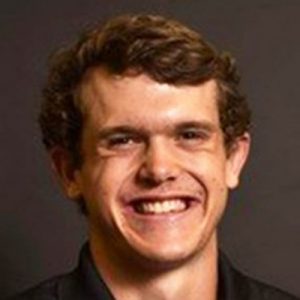 Carlson was appointed as Mercer County Senior High School’s strength and conditioning coach one month ago. Carlson earned his degree in 2015 from Centre College. As a player for the Colonels, Carlson made 77 appearances, including 75 starts as a central defender from 2011-14, and was named the Southern Athletic Association’s defensive player of the year following his senior season, as well as being the eighth All-American athlete from Centre College.

After spending a season on the sidelines as an assistant coach for the Colonels in 2016, Carlson was named Centre College’s head strength and conditioning coach in 2017. In this position, he provided training to all sports teams and student-athletes regardless of their sport, and this is something he will continue at Mercer. Carlson will work to build upon the recent successes of Mercer County athletics and hopes to further the goals of every Titan athlete he can.

Carlson’s first endeavor into high school soccer coaching was a success. He led the Boyle County Rebels to a 9-2 Region 12 record and an appearance in the elite eight of the state tournament. During the Rebels postseason run that saw them crowned District 45 and Region 12 champions, Boyle outscored its opponents 30-1, with the only goal being allowed coming from Sammy Berger in Mercer’s 5-1 loss to the Rebels.

Carlson was able to raise the standards of the Rebel squad in 2020, and he believes doing that on a daily basis is the key to success on the field.