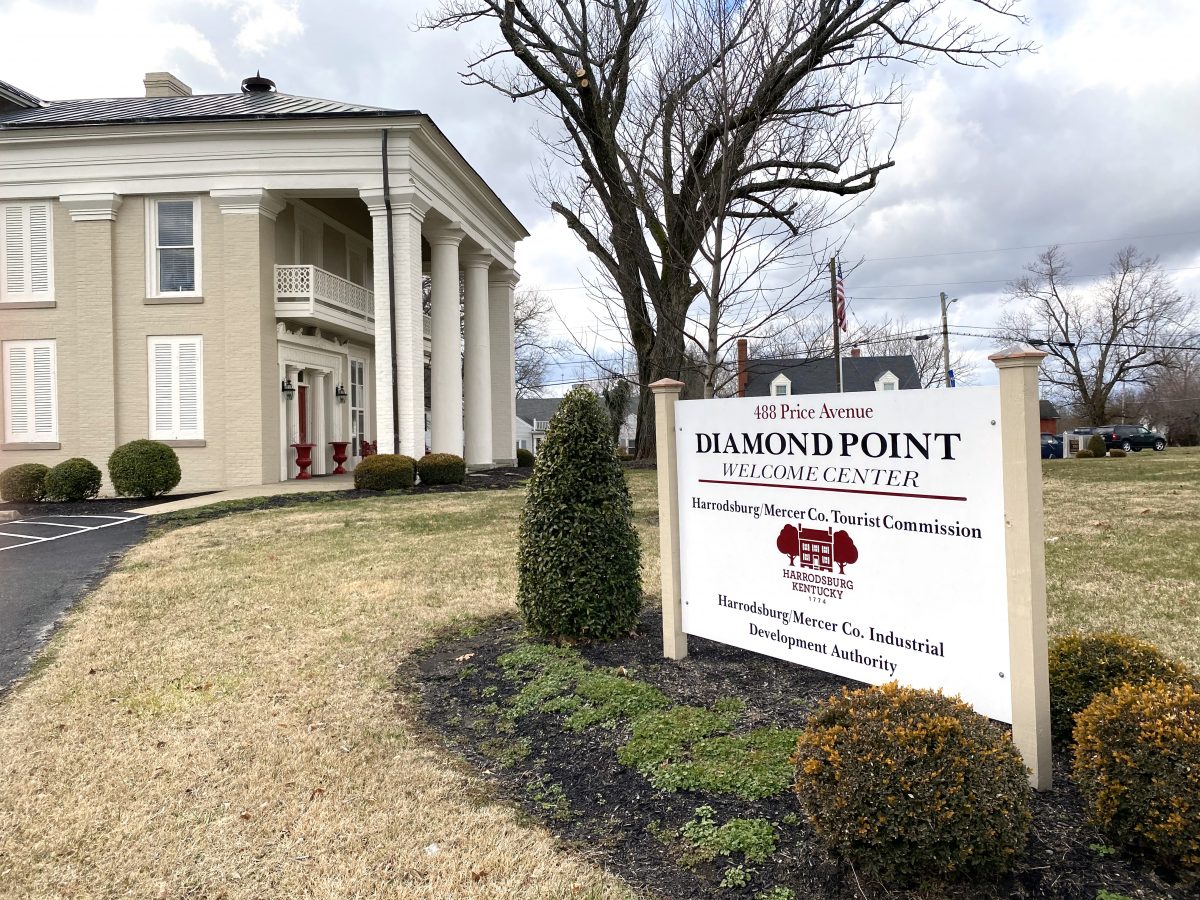 The Harrodsburg-Mercer County Tourist Commission approved a budget for the 2021-2022 fiscal year. And with the budget approved, that erases some of the uncertainty among events and agencies that had formerly been funded through the City of Harrodsburg’s tourism development funds.

This year’s allocations are $2,000 higher than last year. In addition to the allocations, another $100,000 is being kept in reserve for unforeseen sponsorship requests, according to Garnie Yeager, the assistant director.

One such unforeseen request came from Leslie Bosse, chair of the beautification committee for Harrodsburg’s 250th celebration. Bosse said the signs, which were installed in the 1990s, blend into the landscape.

To improve visibility, she said the committee would like to add planters, fresh paint, possibly add lighting and change out the Pioneer Man logo for Harrodsburg’s new logo, the “H” with the star.

Pioneer Man is one of the more politically fraught topics of conversation in Mercer County. While many think the coonskin cap-wearing figure is James Harrod, he’s not. He’s called Pioneer Man and he’s been a part in how Harrodsburg brands itself for almost 90 years.

While some residents wish Harrodsburg would use another symbol, many other residents adore Pioneer Man. Officials at Old Fort Harrod State Park learned this in 2019 when they replaced fiberglass version that has stood guard at the park’s entrance since 2005. That version of Pioneer Man was placed in the James Harrod Amphitheater to protect him from the elements. He was replaced with a painted version which state officials claim to be a historically accurate portrayal of James Harrod, although historical sources don’t agree on what he actually looked like. At the time, many complained about what they saw as efforts to erase Harrodsburg’s heritage.

This was discussed at Wednesday’s board meeting. Board member Tim Kazimer said he liked Harrodsburg’s new logo, but he called Pioneer Man “iconic.”

“That doesn’t say anything to me, other than ‘H’,” Yeast said.

Bosse said it is important to have consistent messaging, especially when visitors pour into Harrodsburg in 2024 to celebrate the 250th anniversary of the city’s founding.

“We’ll put him other places,” Bosse said. She said the current plan is to take the Pioneer Man signs to Old Fort Harrod.

Chairman Mike Inman has consistently pushed for Mercer County to market its attractions such as Herrington Lake as much as it markets its history.

“Harrodsburg is so much more than Fort Harrod,” Inman said. “We’ve got to relegate the Pioneer Man to the fort.”

Bosse also discussed placing a new welcome sign on US 68 coming from Lexington. While she initially proposed to install a smaller version of the other signs, the board urged her to look into making it the same size.

Inman said people drive to Shaker Village of Pleasant Hill via 68, instead of the Bluegrass Parkway. He called  the intersection of US 68 and the 127 Bypass a  “high visibility side of town.”

Board member Joan Huffman moved to donate up to $20,000 to install the sign. Her motion passed.

Bosse said work on the existing signs can be done this fall. The new sign depends on state approval. She said they couldn’t start work until spring at the earliest.