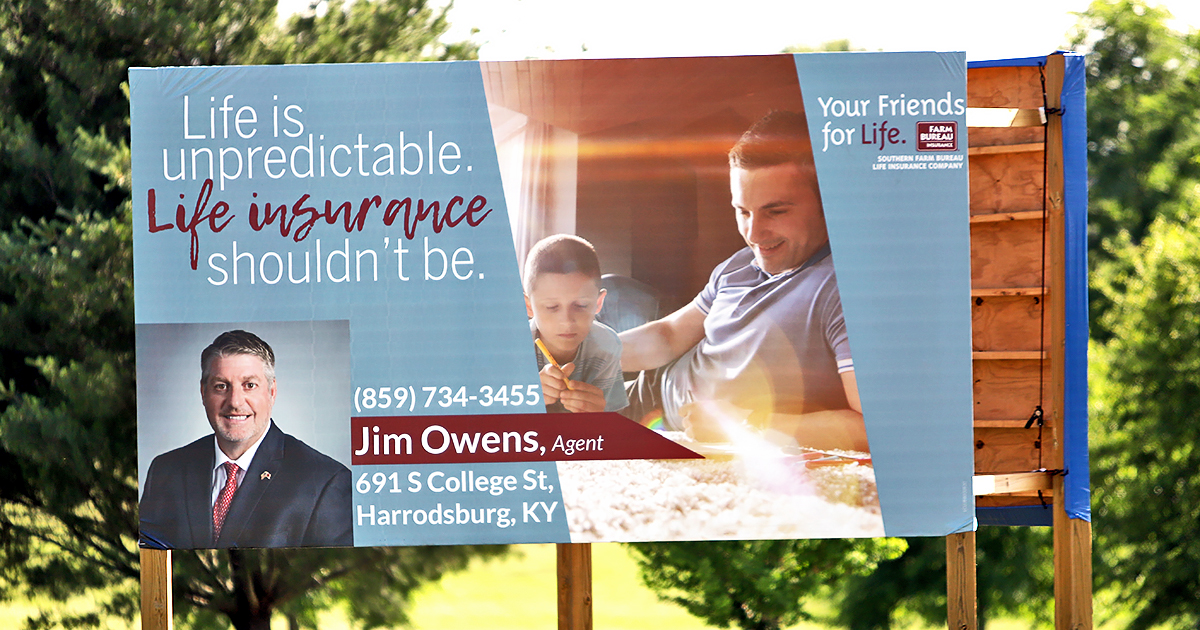 The Harrodsburg Herald/Robert Moore
Officials at Anderson-Dean Community Park are working to remove a billboard that has proven to be controversial.

The controversial billboard at Anderson-Dean Community Park was addressed in more detail at Monday’s board meeting.

“We know from our last meeting something has to change with the sign,” said Mike Steele, the president of the park board of directors.

Jim Owens was asked if he was seeking for reimbursement for what he’d paid for the sign.

“I have $4,100 in the sign and $1,000 of that went to you,” said Owens. “I just want what is fair. I am okay with doing four banners on dugouts instead. You can charge me for the banners and reimburse me for the materials and labor.”

“In my opinion, we don’t have a contract anyway,” said board member Joni Horn. “This contract is void, because it was not signed by a legal representative for the park.”

Horn continued, “I don’t see why we have to be responsible when this contract is not legal.”

Owens asked if he was expected to eat the cost of the billboard.

“I am just saying that this contract is not legal because Robin Reed (park secretary) does not have any legal authority to sign a contract for this park, not a bit,” responded Horn.

“Because Jeremy asked me to,” said Reed.

“Where was Jeremy then?” asked Guay.

“It is my fault,” said Jeremy Turpin, the park director. “I was in the park but not in the office. I just think this is the right thing to do.”

“I don’t disagree with Joni, however I think we screwed up by agreeing to the size and location of the sign,” said Steele. “This is on us.”

“This is my mistake from the get go and I told Mike and Denise this,” said Turpin.

“I want to support the park,” said Owens. “I don’t feel like I did anything wrong.”

The board agreed to allow four banners for two years, one on each of the dugouts at $500 per banner, to equal the $4,000 Owens is owed.  The billboard will be removed once the new banners arrive and are installed.

“Can I please get that in writing with a legal representative of the park’s signature,” asked Owens. “I want to support the park but I don’t want a few years to go by and everyone not know the deal.”