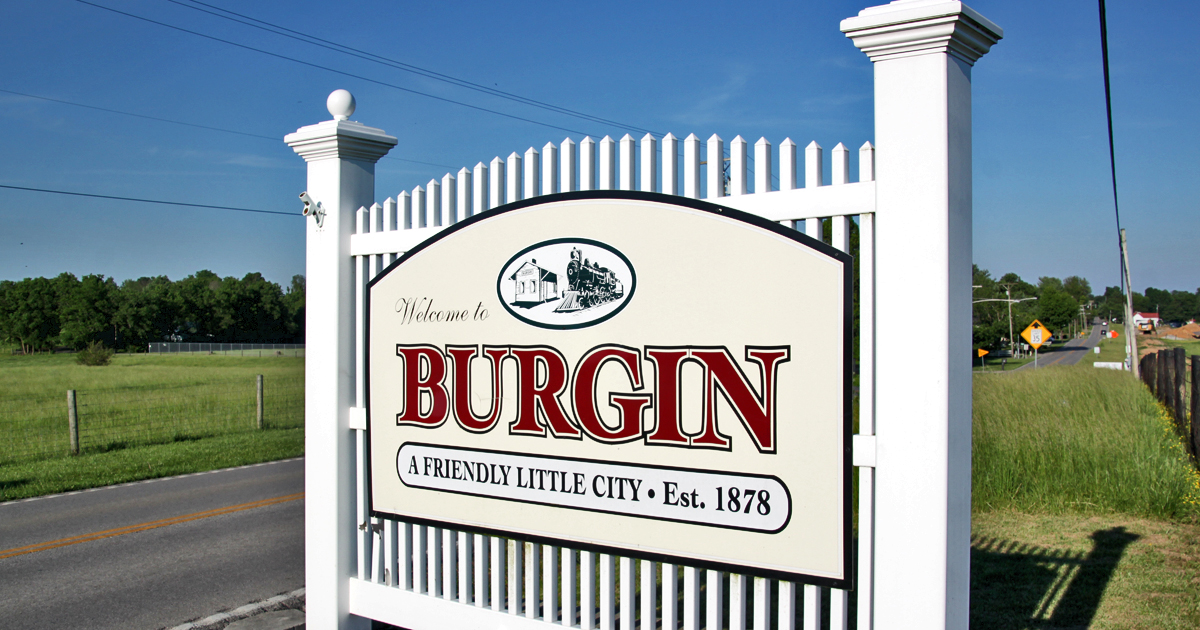 Residents attended the in-person city council meeting at Burgin City Hall for the first time since the pandemic started in March 2020.

“I would like to access the minutes of previous meetings,” said Wofford. “For those people who work and can’t come here during the day or attend the meetings it would be nice to have access to the minutes so we can know what is happening.”

“Anyone can come in here and ask for the minutes,” said Angela  Stewart, Burgin City Clerk. “I can email them to you or we can start posting the minutes outside city hall on the bulletin board. Just give us a call.”

The council agreed to make an effort to post meeting minutes in an easily accessible place such as screen shots on Facebook and outside city hall.  Wofford said she appreciated the effort for transparency.

“We don’t know what is happening and city hall has been closed for a year,” said Wofford. “A little transparency is all we need to know the efforts you are doing.”

In addition to transparency Wofford said the idea of a new city hall as residents are still suffering could cause residents to be upset.

“I also watched the previous meetings as best I could on Facebook when they were posted and heard the mayor say he was planning on building a new city hall,” said Wofford. “I feel like with as much as the residents are dealing with at this moment with the flooding and all, spending money on a new city hall would anger a lot of people.”

Wofford is referring to the flooding which has remained a severe issue to Burgin residents since 2018.

“I run a lot and when the flood waters go down there is so much trash and unsanitary things, I am questioning the health of residents with the amount this is happening,” said Wofford. “Are we going to all be sick in 20 years because of everything that is happening now? Has anyone contacted the Health Department or the EPA?”

Councilman Sindicat “Sid” Dunn responded saying Burgin has contacted the Health Department without getting a response.

“I called the EPA three times,” said Dunn. “They called me back and said they would be down here but I haven’t heard back from them.”

Dunn said he is also suffering from nose bleeds from the mold. Dunn said he has seen mold spots in fields.

“It is a pass you on game from both the health department and the EPA,” said Dunn. “Something is wrong. These people don’t show up.”

Dunn said he hasn’t received a response from health inspectors.

“We aren’t getting a response back,” said Dunn. “That is why I am trying to hold the sanitation district responsible.”

“Regardless of all that. This is the City of Burgin and you guys are the council and this is an ethical thing,” said Wofford. “You want all your citizens to be happy and healthy so let’s just keep  on it. I don’t mean anything negative on anyone and I appreciate you listening to me.”

The City of Burgin did have an $88,000 dollar U.S. Army Corps of Engineers assessment done for the flooding situation, which was completed in July 2020. The summary outlines three storm drainage solutions for Burgin with the cheapest solution costing the city over $700,000.

“I don’t think any of us are unsympathetic to the flooding issue. The flood goes all the way to Buster Pike not just to the railroad tracks, said Councilwoman Frances Cord. “Every time there is flooding, I am out and looking.”

Cord said the city is diligently trying to find funds to move forward with one of the solutions from the engineers.

“That is my number one goal,” said Stewart. “I also want it fixed.”

“Just let people know as much as possible what you are doing,” said Wofford. “You guys know about this, that is you guys, we don’t know.”

“I apologize, we should be posting it more and putting this stuff out there,” said Stewart.

“Maybe we should build on Sid’s first Thursday meetings and let the city take over and hold town halls to inform the public of what we are doing,” said Councilman Jamie Keebortz. “We should maybe move it to the second Thursday because the first Thursday is right before the meeting and the information is coming so late from the previous month.”

The next meeting of the Burgin City Council will be held Tuesday, July 13, at 6:30 p.m.