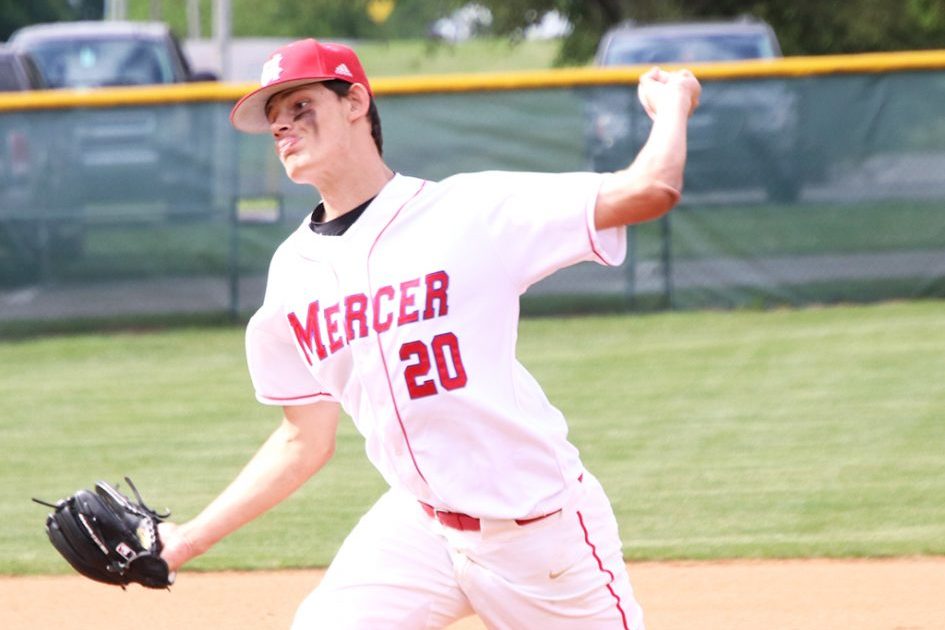 The Harrodsburg Herald/Sam Warren
Evan Hart pitched a shutout, striking out eight and catching two runners off base.

Herald Staff
sports@harrodsburgherald.com
The Mercer County Titans (27-8) faced the East Jessamine Jaguars (13-16) in the 46th District baseball championship game on Sunday, May 30. The Titans won the district tournament the last time it was played while East Jessamine has not won the competition since joining the 46th district in 2006.
Quinn Nobles singled to start the game but Cam Thompson’s grounder got Nobles out at second. Logan Woolums lifted the ball into the centerfield gap and Brycen Goodlett made a great diving catch for the second out. Daniel Terrazas popped up to first baseman Caleb Purdom for the third out.
Goodlett singled and Baughman followed with a bunt, but Jaguar pitcher Joshua Schubert was quick to throw him out at first, moving Goodlett to second. A high pitch allowed Goodlett to reach third base, and senior Landon McGinnis’ grounder to Jaguar third baseman Nicholas Thompson was overthrown, allowing a double and Goodlett to score. Purdom hit a drive to the center fielder and Evan Hart popped to right field to end the inning.
Hart pitched a great game, catching Collin McElfresh leading off first and striking out the next batter to keep the Jaguars off the scoreboard in the second inning.