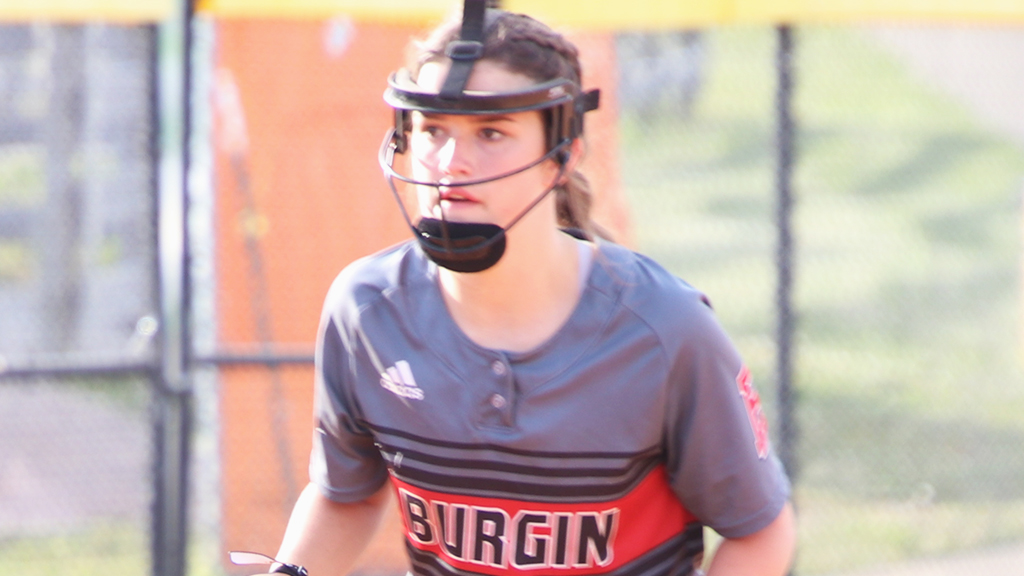 The Harrodsburg Herald/Doug Brown
Eighth grader and third baseman Jemma Jenkins is one of the players Burgin Coach Scott Elder said has room to grow and move the program forward next season.

Herald Staff
sports@harrodsburgherald.com
The Burgin Lady Bulldogs softball team (5-14) played their final game of the season against the East Jessamine Lady Jaguars (17-11) Monday, May 31 in the first round of the 46th district tournament.
The Lady Bulldogs started off well with juniors Grace Cocanougher being walked and Peighten Sebastian singling. However, East Jessamine’s defense stepped up their game by  tagging out two Burgin batters and striking out another back to back, preventing the Lady Bulldogs from scoring a run. East Jessamine furthered the Lady Bulldogs’s disadvantage by bringing out several heavy hitters as well as a concentration of lefties that earned them an early lead of eight runs. The Lady Bulldogs fought back to slow East Jessamine’s advance, with the younger members of the Lady Bulldogs making the bulk of the plays, starting with eighth grader and right fielder Ella Mhyre catching a fly ball for the first out of the inning. The next batter fell to eighth grader Jemma Jenkins after she performed a fielder’s choice to seventh grader and first baseman Jayla Sanders for the second out. Sophomore Hannah Sewell collected the final out by catching a fly ball.