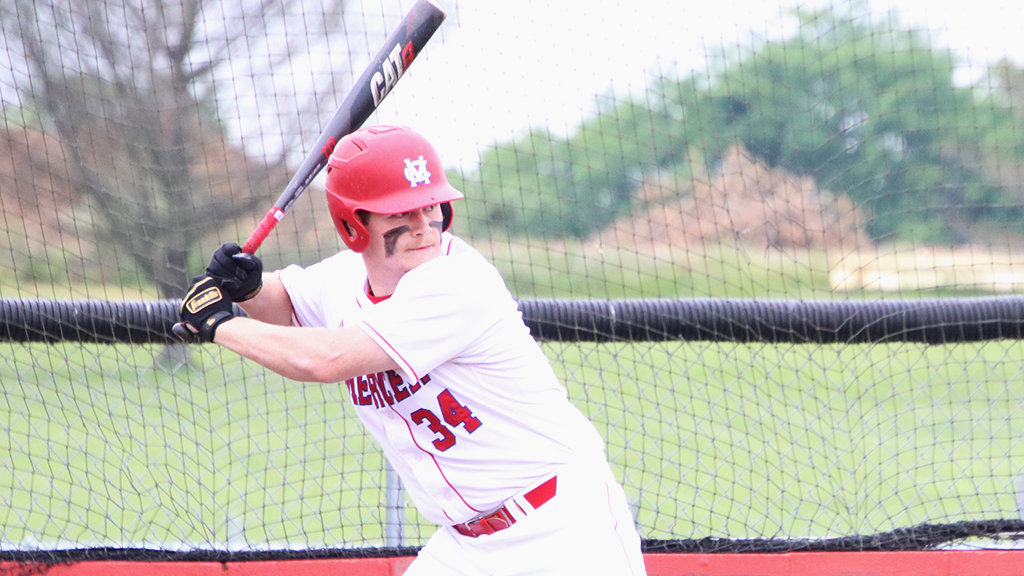 The Harrodsburg Herald/Sam Warren
Senior Caleb Purdom hit his 13th homerun of the season durgin Mercer’s district championship win. The previous record was nine, which Purdom broke on May 21 in a win against Collins.

Herald Staff
sports@harrodsburgherald.com
Mercer County baseball has taken a substantial stride forward in 2021 under new Head Coach Cody Christopher. The Titans earned a 26-8 regular season record, an improvement from their 16-11 record when they last took the field in 2019.
Much of their fine play in the regular season is due to consistently strong performances at bat, and senior Caleb Purdom is responsible for 68 of the Titans runs this season.
Purdom hit two important walk-off homers within a week in early April. He hit his first blast of the season in the bottom of the seventh tied 7-7 with district foe West Jessamine.
“Hitting the walk off against West was probably my favorite,” Purdom said. “Coming into the game there was a lot of talk about the rivalry. It was also my first home run of the season. Landon McGinnis started it off with a homerun to tie it and when I got up there I knew I had a job to do, and got it done.”