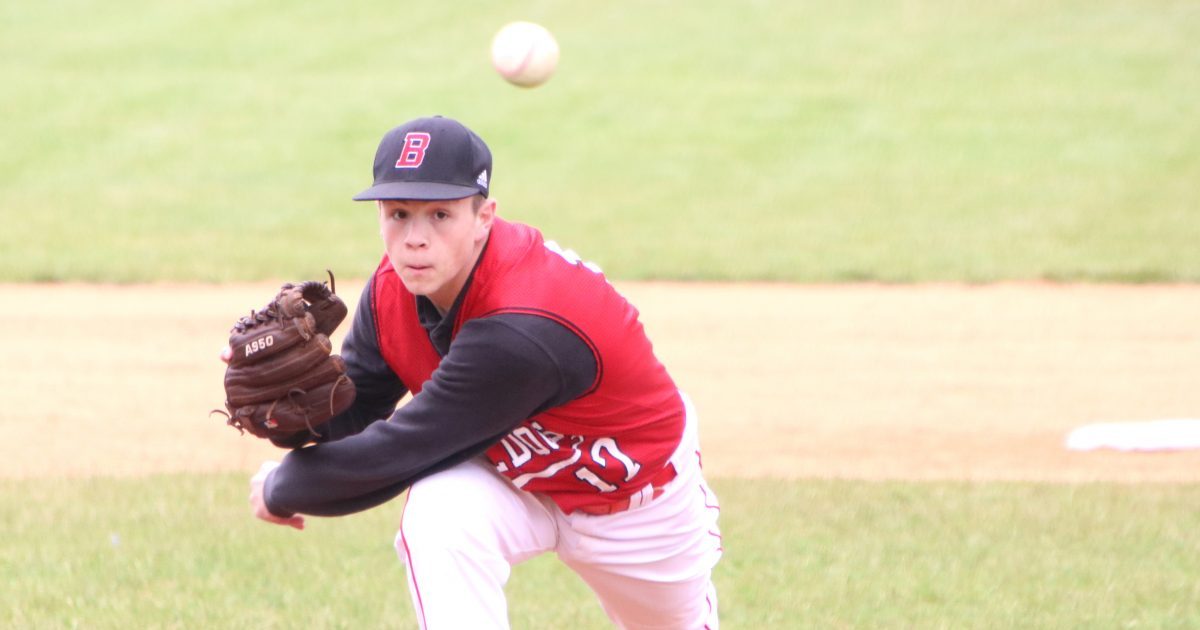 The Harrodsburg Herald/Sam Warren
Freshman Aaron May pitched in Burgin’s final game of the season, in which the Bulldogs fell to Mercer, 14-1.

Herald Staff
sports@harrodsburgherald.com
The Burgin Bulldogs faced Mercer County  in the first round of the 46th District baseball tournament on Saturday, May 29. The Bulldogs’ season ended at the hands of the Titans, losing 14-1 in five innings.
Sophomore Jacob Qualls started the game at bat and was struck out by senior Noah Cocanougher in one of his four strikeouts over his two innings on the mound. Sophomore Hunter Reed popped a high ball to Sammy Berger in right field for the second out, and Noah Broce followed with a pop up to first baseman Caleb Purdom to end the inning with three quick outs.
Junior Riley Peavler sent a bunt right down the third base line to start the batting for the Titans. After stealing second, Peavler was scored by McGinnis’ single behind second base. Purdom was walked and Hart followed with a pop up to right field that was dropped by Eli Newby. With the bases loaded, Cocanougher waited patiently for the walk, scoring McGinnis. Aaron Caton was hit by a pitch, scoring Purdom. Jackson Peavler doubled, scoring Hart and Cocanougher.
Newby hit a grounder to Baughman, but he fumbled the ball and allowed a single. Cocanougher’s pitching was too much for Burgin’s lineup and he proceeded to strike out the next three Burgin batters: Marshall Hart, Aaron May and Layne Elliot.