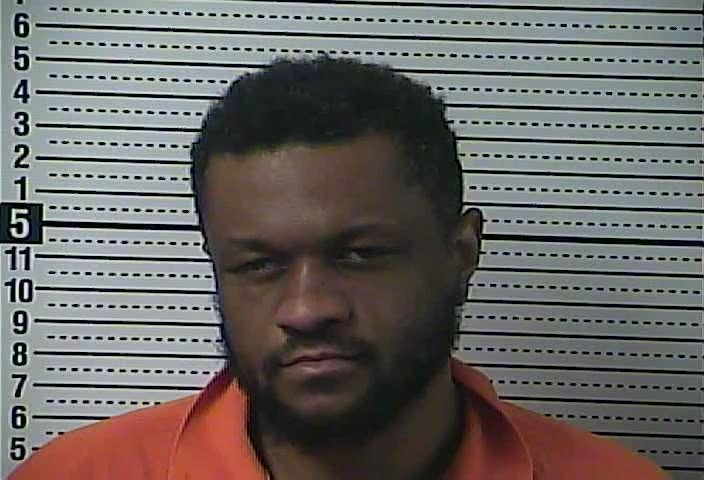 A fugitive from Tennessee found out he couldn’t escape the long arm of the law this weekend.

Rashad A. Hawkins, 33, of Tennessee, was arrested by the Harrodsburg Police Department on Sunday, May 30, after being caught trespassing in Harrodsburg.

The Meigs Country Sheriff’s Office in Tennessee has been looking for Hawkins ever since he jumped from the second floor of a county courtroom to escape jail time for failure to pay child support back on May 10.

Before Hawkins could be taken into custody, he fled the courtroom, jumped over a second-story railing and fled on foot, according to a Facebook post by the Meigs Country Sheriff’s Office.

Hawkins managed to elude the law until May 30, when he was stopped by Patrolman Blake Darland of the Harrodsburg Police Department as he was approaching a residence on Rogers Court in Harrodsburg. Darland was investigating reports of a male subject trespassing through residential backyards, according to an HPD Facebook post.

The homeowner informed Darland she did not know Hawkins while they were standing on her porch. According to the HPD, Darland requested Hawkins’ ID and discovered he was wanted in Tennessee.

Hawkins fled before Darland could take him into custody, according to the HPD. Darland caught up with the fugitive on Sunset Lane, and a brief struggle took place on the ground. According to the HPD, when both men regained their feet, Hawkins grabbed Darland by his vest and attempted to throw him to the ground and fled on foot again.

Darland was able to catch Hawkins quickly and place him under arrest. According to the HPD, while searching Hawkins, police fond multiple bags of drug residue and other drug paraphernalia.

In addition to the outstanding warrant from Tennessee, Hawkins has been charged with 3rd-degree criminal trespassing, 1st-degree fleeing/evading police on foot, 3rd-degree assault on a police officer, menacing, resisting arrest and possession of drug paraphernalia. He is being held without bond at Boyle County Detention Center.