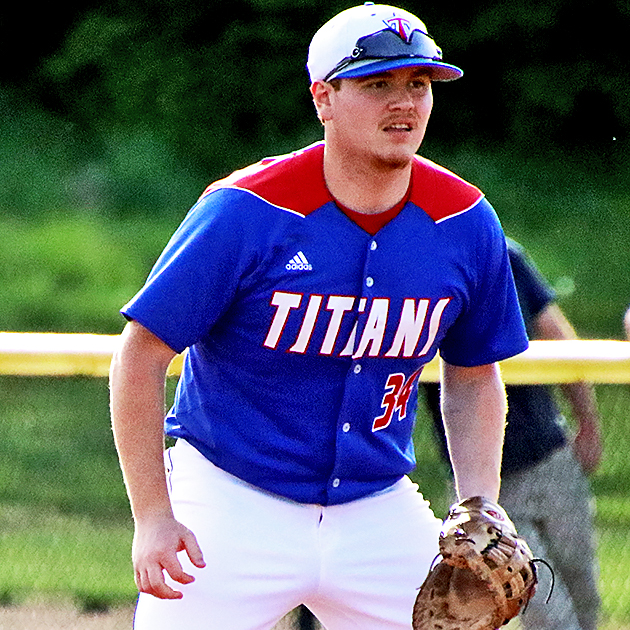 The Harrodsburg Herald/Cayden Devine
Caleb Purdom looked prepared for a hit to first base during the Titans 7-6 victory over Tates Creek on Monday, May 10.

Riley Peavler was the lead-off batter for the Titans in the top of the first. After three balls, and a swing and a miss, R. Peavler doubled off of the top of the wall for a ground rule double to right field. In a hit and run attempt, he then stole third base as senior Landon McGinnis, grounded the ball to shortstop for the first out. Senior Caleb Purdom worked his way into a full count and drew the walk. With a runner on first and third, he tried to steal second but was caught in a rundown and the play was well executed to score R. Peavler from third.

Sophomore Evan Hart earned the start for the Titans on the mound.

Sophomore Seth Caton was a big time player on the defensive side Monday night. In the bottom of the first, S. Caton earned the first out for the Titans. A single to right field was enough to get a runner on base for Tates Creek. A wild pitch advanced the runner to second, and a base hit by Stone drove in a run for the Commodores.