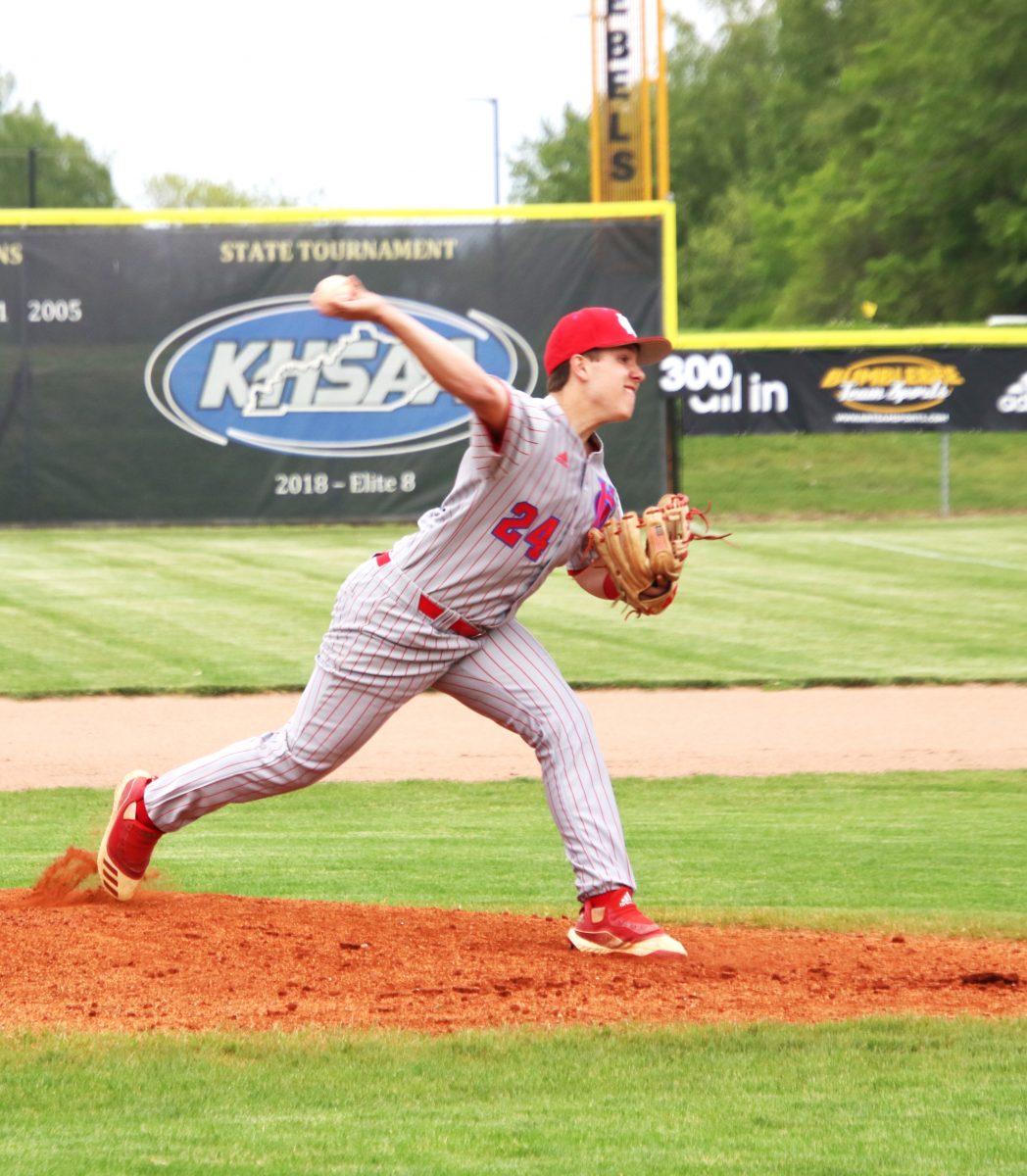 The Mercer County Titans (18-6) fell to the Boyle County Rebels (12-11) 4-3 on the final play of the game on Tuesday, May 11th. The game was tied at three with the bases loaded when Boyle County was batting in the bottom of the seventh. Myers was up to bat with one out in the inning and on the first pitch of the at-bat hit it over the centerfielder’s head.

The Titans got off to a slow start in the first as only one baserunner reached during the inning. Landon McGinnis was hit by a pitch on a 1-2 count but the Titans could not knock him in to score. Noah Cocanaougher started on the mound for Mercer County and went the distance to finish 6.2 innings of work. Boyle County led off with a base hit from Glasscock into right field. Myers laid the bunt down to advance Glasscock to second. The three hole batter, Gaffney, hit Glasscock in with a single down the left field line.

To start off the top of the second, sophomore Seth Caton singled on a ball hit deep into the right center gap. Noah Cocanougher drew a walk on four pitches to advance S. Caton to second. Junior Aaron Caton hit a ground ball right by the third baseman that scored S. Caton as Jonathan Logdon advanced to third. Junior Jackson Peavler laid a perfectly executed bunt down the third baseline for a squeeze play that scored Logdon as the pinch runner, while Sammy Berger, advanced to third. McGinnis got hit by a pitch for the second time, this time with two outs in the inning, but the Titans could not continue the two run inning despite a runner 90 feet away.

The Titans had four total hits in the loss to the Rebels. S. Caton, A. Caton, J. Peavler and Baughman each collected one hit for the Titans. Cocanougher took the loss for the Titans. The senior allowed nine hits and four runs over six and two-thirds innings, striking out three. Glasscock earned the victory for the Rebels. He threw two innings, allowing one hit and one run, striking out two and walking one.

Coach Cody Christopher said after this loss it should make the team tougher. “We just did not hit the ball like we are capable of doing. We got under a lot of pitches and hit the ball up in the wind instead of line drives. Credit to their pitching staff, they made the pitches they needed to make. I think losing in a way we have won several games this year, will make us tougher. We’ve now felt how it is to lose on a walk off hit and it stings knowing the amount of chances we had to take and grow a lead.”