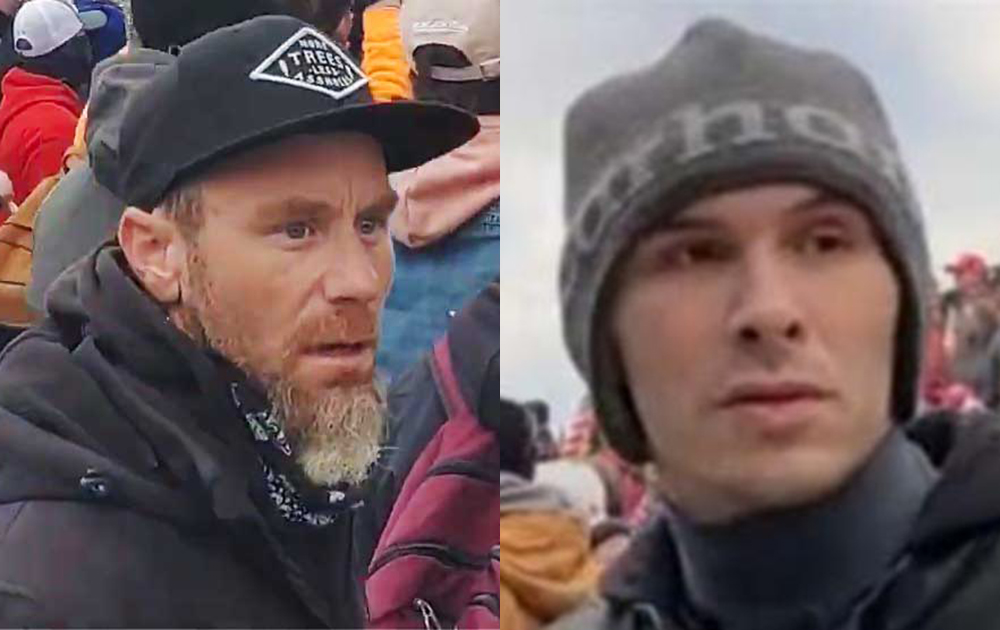 Paul Russell Johnson, left, and Stephen Chase Randolph, right, have been indicted for taking part in the assault on the U.S. Capitol on Jan. 6. 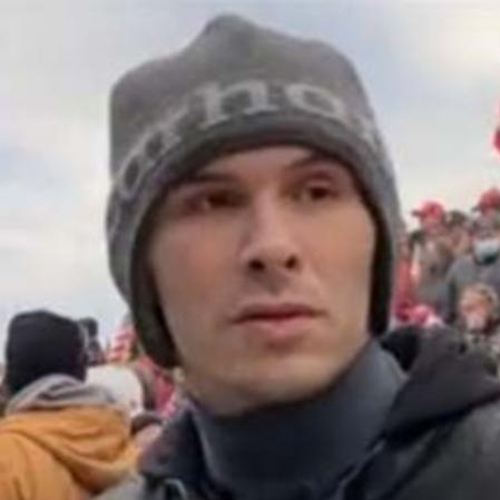 Stephen Chase Randolph has been indicted for his role in the assault on the U.S. Capitol on Jan 6.

Randolph, a resident of Harrodsburg, was arrested by FBI agents on April 20.

On April 30, Randolph and another man, Paul Russell Johnson of Lanexa, Virginia, were indicted in the District of Columbia and charged with assaulting, resisting or impeding an officer causing bodily injury; obstruction of law enforcement during civil disorder; and obstruction of justice/congress.

According to the indictment, both men used a metal crowd control barrier to “forcibly assault, resist, oppose, impede, intimidate, and interfere with” two officers from the U.S. Capitol Police, inflicting  “significant bodily injury” on one of the officers.

Both Randolph and Johnson are charged with impeding and disrupting “the orderly conduct of Government business and official functions.”

Federal agents were able to track down both men because of their online histories. On images of the Jan. 6 attack, agents described Randolph as wearing a grey Carhartt toboggan, a black jacket with a breast pocket on each side and stitching detail on each sleeve, a grey turtleneck, black gloves with a red stripe, and jeans. The FBI were able to match those images with images from an Instagram account which apparently belonged to Randolph’s girlfriend as well as other social media accounts.

When the FBI photographed Randolph standing outside his workplace on March 3, he was wearing the same hat he’d been pictured wearing during the Capitol assault, according to the court documents.

According to a statement of facts filed by the FBI, undercover agents visited Chase at his place of work on April 13. “I was in it,” Randolph is quoted as telling the agents. “It was f*****g fun.”

A week after being interviewed by undercover operatives, Randolph was arrested by FBI agents executing a federal search warrant at a house on East Lexington Street. 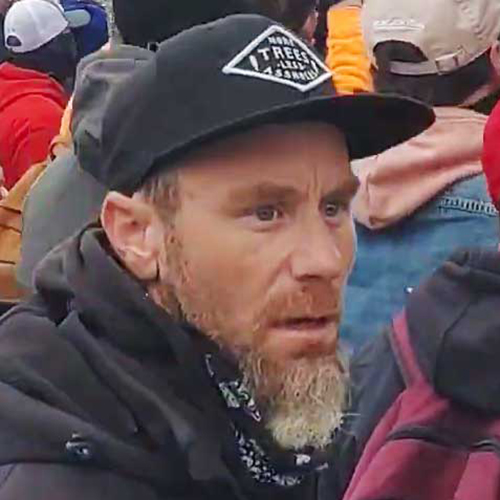 Johnson was also tracked down via his online history. According to a statement of fact, Johnson was identified as shouting profanities towards the U.S. Capitol with a megaphone, saying: “We pay your bills, you back the f*** off.”

The FBI said Johnson and others lifted a barricade, knocking over a U.S. Capitol police officer, who lost consciousness. The officer was able to return to duty. Hours later, while arresting a rioter, the officer “blacked out and collapsed in the booking area and had to be transported to the emergency room” where it was determined she had suffered a concussion.

In a Youtube video, Johnson would describe how he broke through the metal barricades outside the Capitol. “We’re fighting cops and s***,” Johnson is quoted as saying, “I have video where I’m slinging one around…”

Johnson, who was wearing a flat-brimmed black hat on the day of the assault, was identified by two witnesses as being the person identified by the FBI as having taken part in the Capitol assault. One witness told the FBI that “he was nearly 100-percent sure that the individual…is Johnson.”

So far, 458 people have been arrested for the Jan. 6 assault on the U.S. Capitol, and the federal government  continues to make arrests. A reward of up to $100,000 is available for information leading to the location, arrest and conviction of the person(s) responsible for the placement of pipe bombs in Washington, D.C., on Jan. 5, 2021, the day before the assault.