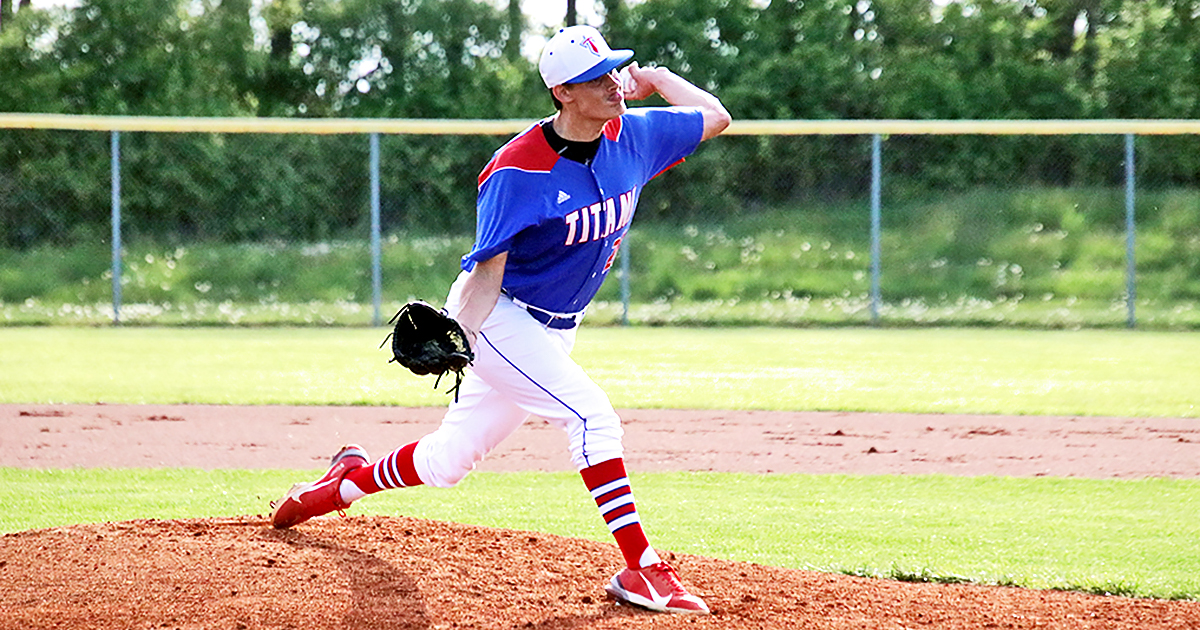 The Harrodsburg Herald/Cayden Devine
Evan Hart throws a nasty curveball to strike the batter out in Monday’s win over Woodford County.

Herald Staff
sports@harrodsburgherald.com
A late run at the top of the sixth inning gave the Mercer County Titans (11-5) the win over the Woodford County Yellow Jackets (9-10).
The score was tied at two throughout the game until Seth Caton lined one into right center to knock in a run.
Woodford County opened up scoring in the first inning, when Vanderbroek singled on a 2-2 count, scoring one run. The Titans knotted the game at two in the top of the fifth, when they scored on an error.
Senior Landon McGinnis earned the victory over the Jackets, allowing no runs or hits over two and a third innings, striking out one and walking zero. Penn took the loss for Woodford, allowing two runs on four hits.
University of Kentucky baseball commit Evan Hart started on the mound for the Titans, lasting four and two-thirds innings, giving up three hits and two runs while striking out nine.
With the win on Monday night, the Titans are heating up with a five game win streak. Coach Cody Christopher seems excited about the upcoming weeks.

For the rest of the story, including game stats, check out this week’s edition of the Harrodsburg Herald. Click here to subscribe to the online version.