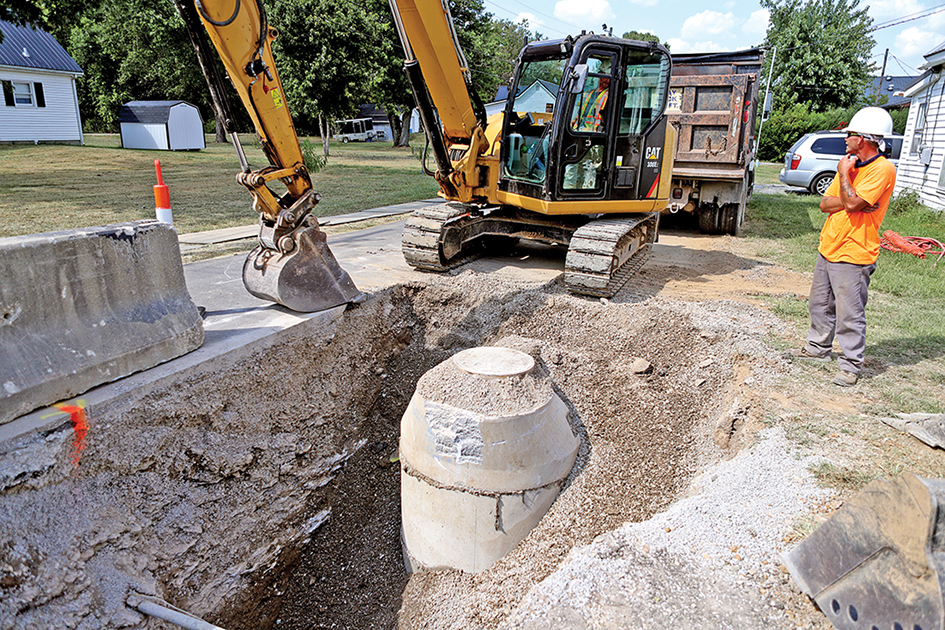 The Mercer County Sanitation District say they are planning to review the sewer rate structure, possibly lowering bills for many users. However, any move would have to be approved by federal, state and county officials first.

Many Burgin residents have balked at paying the minimum monthly fee of $40 for 2,000 gallons, whether they use it or not. While the sanitation district charges the same rate for all customers in Mercer County, Burgin has a larger percentage of people on lower incomes.

Earlier this year, Executive Director Mike Sanford said he would incorporate some of the rate study into the budget.

Strand Engineering completed a rate study in 2018, in which they identified two options. Both options would lower the minimum bill by $8. Sanford said medium users took most of the impact of the proposed changes.

Sanford said he’d assemble a report on the impact at the next meeting. He attributed the delay in acting on the rate study to assembling the application for other projects, such as Gwinn Island.

“I think it’s time to talk about it as a group,” Sanford said. He said he would send the information back to board members for a detailed discussion next month.

“There are other players, partners in this, who would have to approve,” cautioned Chairman James Dunn.

The possible rate adjustment would be countywide for all users, not just Burgin. Any change to the rate structure would have to be approved by the USDA, the Kentucky Infrastructure Authority and the Mercer County Fiscal Court, who would have to pass an ordinance.

For the rest of the story, check out this week’s issue of the Harrodsburg Herald or click here to subscribe to the online version.