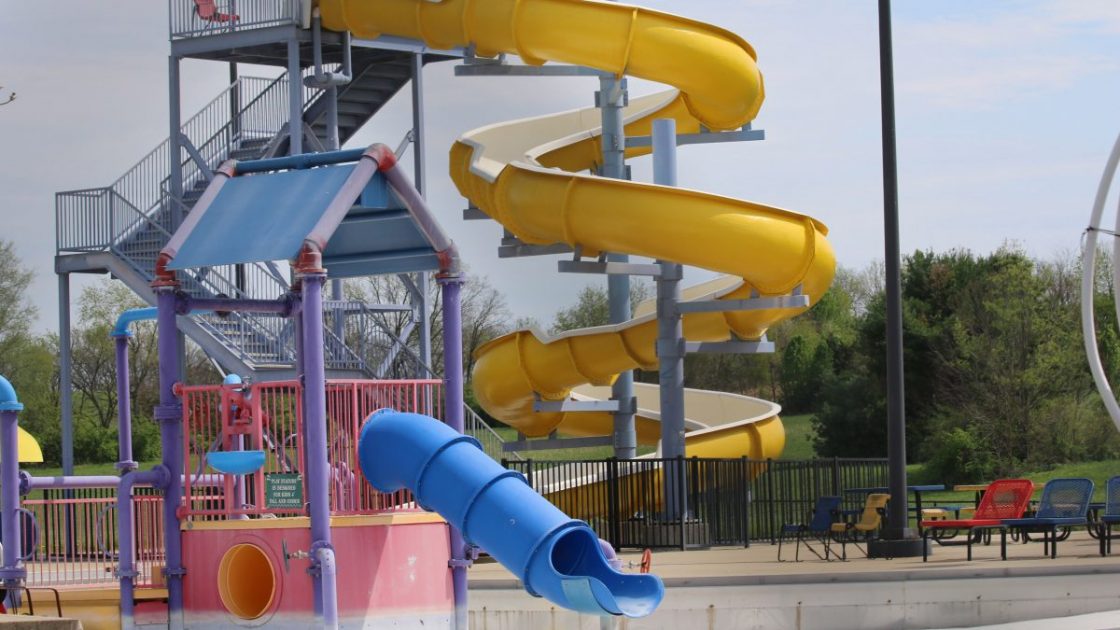 The Harrodsburg Herald/Eliza Marsh
Uncertainty surrounds the reopening of the Anderson Dean aquatic center. “We would like to open the pool by the beginning of June but with it staying dry for almost two years we may encounter several problems,” said Jeremy Turpin, executive director for the park.

Monday’s meeting of the Anderson Dean Community Park Board was filled with hopeful discussion about opening the pool without definitive answers.

“We would like to open the pool by the beginning of June but with it staying dry for almost two years we may encounter several problems,” said Jeremy Turpin, executive director for the park. “I am scheduling Haysletts to come in to check the pumps the first of May.”

The pumps and issues due to the prolonged dryness are only part of the problem for the pool according to the board.

“The slide has issues, at least two spots are nicked,” said Turpin. “I have an estimate that is still valid from last year to reglaze the slide for $16,500.”

Former president of the board Joni Horn said she didn’t think the park had enough money in their operating fund to cover the cost of a reglaze.

“The new budgets and requests for funding won’t increase or provide funds until the new fiscal year which starts in July,” said Horn.

Current president, Mike Steele said the reports he had received regarding the pumps are troublesome.

“They have always had trouble in the past but with the prolonged dryness it is scary to think the amount of issues we might have,” said Steele. “Maybe before we fill the pool we should ask them to at least pull the caps and see if they are going to lock up.”

The board tabled the vote on the slide asking Turpin to seek patching cost rather than a full reglaze. Turpin will move forward on checking the pumps  with Hayslett’s Mechanical.

• Daarik Gray, newly appointed interim Executive Director for the Harrodsburg/Mercer County Tourist Commission attended the meeting. Welcome bags which include a map and coupons for visitors of the park have been provided by tourism. Several local businesses provided printed promotional material included in the bag.

“We are excited to work with you guys,” said Gray. “The park is a valuable tourism partner for Mercer County and we are fortunate to have it here.”

• Turpin said the planning was going well for the LBP concert scheduled for Friday, May 14, at the park but details are still being worked out.

•  The change in concession suppliers has proved lucrative for the park according to Turpin who said he has not had to replace the warmers provided by the previous provider. “He said he would let me know a price on purchasing the equipment we already have,” said Turpin. “I haven’t heard back from him.”

The next meeting of the Anderson Dean Park Board will be Monday, May  10, at noon.