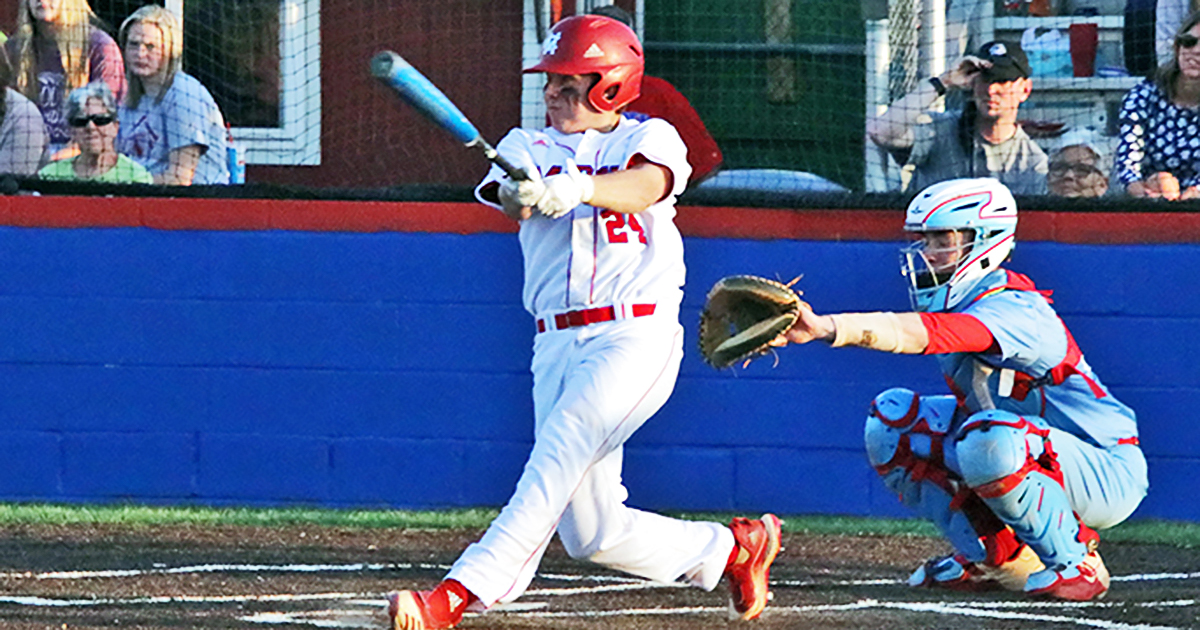 The Harrodsburg Herald/Cayden Devine
Senior Noah Cocanougher knocked a single into the left field to drive in a run in Monday night’s win against district rival West Jessamine.

The Mercer County Titans (3-2) beat the West Jessamine Colts (1-3)  in dramatic walk-off fashion Monday night thanks to back-to-back homeruns in the bottom of the seventh, 8-7.

Mercer offensive production started early in the first inning, when Caleb Purdom doubled on a curveball, driving it down the right field line, scoring one run. Sammy Berger laid down a perfect squeeze bunt bringing in Brycen Goodlett from third and the Titans were up by two

They added three more runs in the third, beginning with a single from senior Sammy Berger followed by a fielder’s choice by Rylan Southworth.

Down by five runs, the Colts fought their way back into the game scoring six runs including a home run by senior Jackson Green in the fifth. Green hit another homerun in the seventh, and Jacob Jones added another.

The Titans were down by one heading into the bottom of the seventh.

“The only thing that came to mind was let’s see what we are made of,” said Head Baseball Coach Cody Christopher. “The team never dropped down and energy stayed high. We were bringing three seniors to the plate in the bottom half of the inning, I liked our chances.”