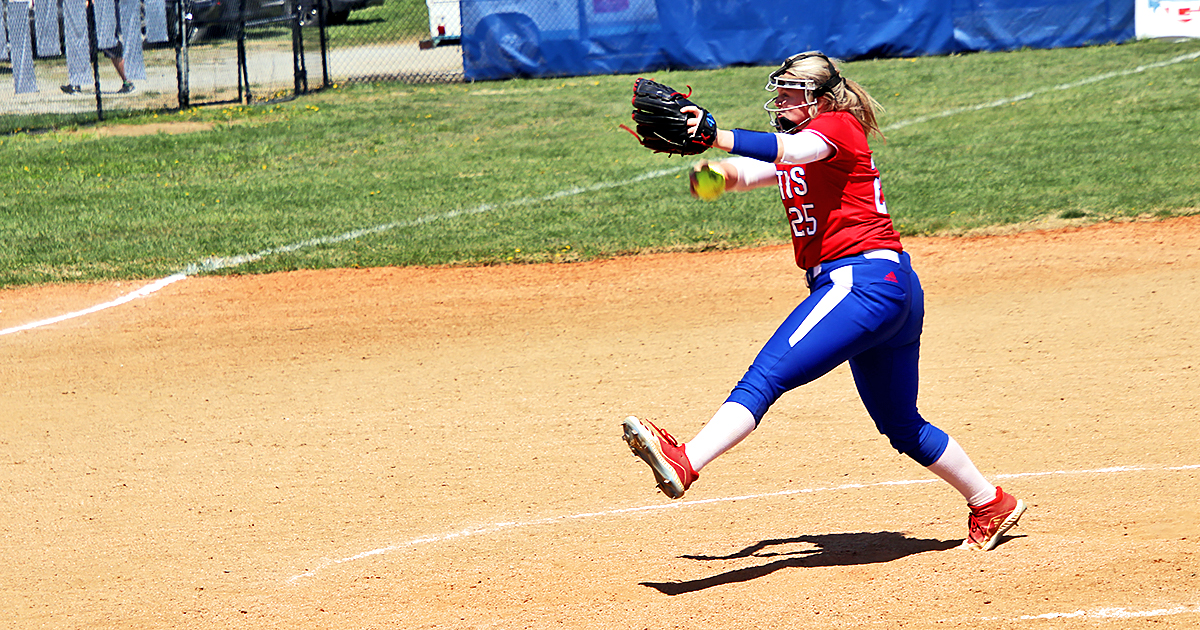 The Harrodsburg Herald/Myron Ellis
Mercer freshman Ashley Howard was strong at the mound and strong at bat against North Hardin Monday.

The Lady Titans (5-2) softball team traveled to Lincoln County Monday to play North Hardin (2-3) in the Lady Patriot Classic. The weather was beautiful for the spring break games and the softball was the same. Thanks to strong pitching from freshman Ashley Howard, who also went four for four at the plate, and timely hitting,  Mercer earned an 11-8 victory.

The Lady Titans were unable to get any offense going in their half of the first inning even though they hit the ball hard.

The Mercer defense was a little shaky in the bottom half of the inning, giving up one run on a pop-up that dropped due to lack of communication and a ball that was ripped to left field off the bat of Emma Corder. Senior Stevie Shepherd was able to get a glove on it but couldn’t hang on, and Abigail Atkins scored.

Mercer answered in the top of the second on a line drive to left from Kylie Devine and earned their first run when Howard got her first hit up the middle. Shepherd then lined a double to center that scored pinch runner Madisynn Griffin, giving Mercer a 2-1 lead heading into the bottom of the second.

Pitcher Ashley Howard seemed to get stronger as the game went on. She kept hitters reaching for pitches.

“Ashley pitched great,” Coach Rob Tharp said. “She did get a little tight in the last inning. Pitchers pack a lot of weight for every team. So when things are not going good behind them defensively, they tend to get tight. She is young and will learn from it.”