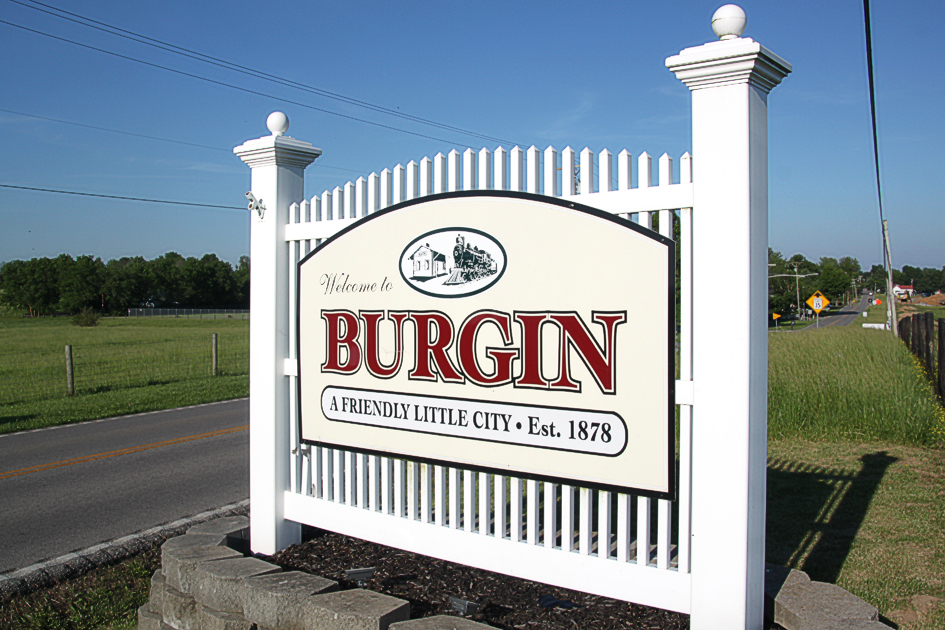 “This meeting isn’t to point blame but to come together collectively to discuss the issues facing Burgin,” said Dunn. “I want to hear from the citizens about what issues are the most important.”

Flooding was the first topic addressed by the crowd.

“The drainage system was changed with the blasting for the sewage system,” said Dunn. “Flooding is not the same, the water doesn’t flow like it used to in Burgin.”

“It is not important on who or what created the problem,” said Christa Faulkner, Burgin resident. “There are people like myself willing to help create a solution not focus on blame.”

Faulkner who said she writes grants to for a living was concerned that the city hasn’t taken her up on her offer.

“Flooding is the most concerning topic,” said Faulkner. “I have offered my services as a grant writer to the city multiple times.”

Faulkner said she was told by the city they would not qualify for grants until the audits were current.

“The audit is something we have been working on since 2019 when the new administration took office,” said Cord in response to Faulkner. “We have spent thousands on auditors, a finance officer and more to solve the issues.”

Angela Stewart, city clerk and treasurer said the city still needs a letter from the state saying the city has a clear audit then grants will become an option.