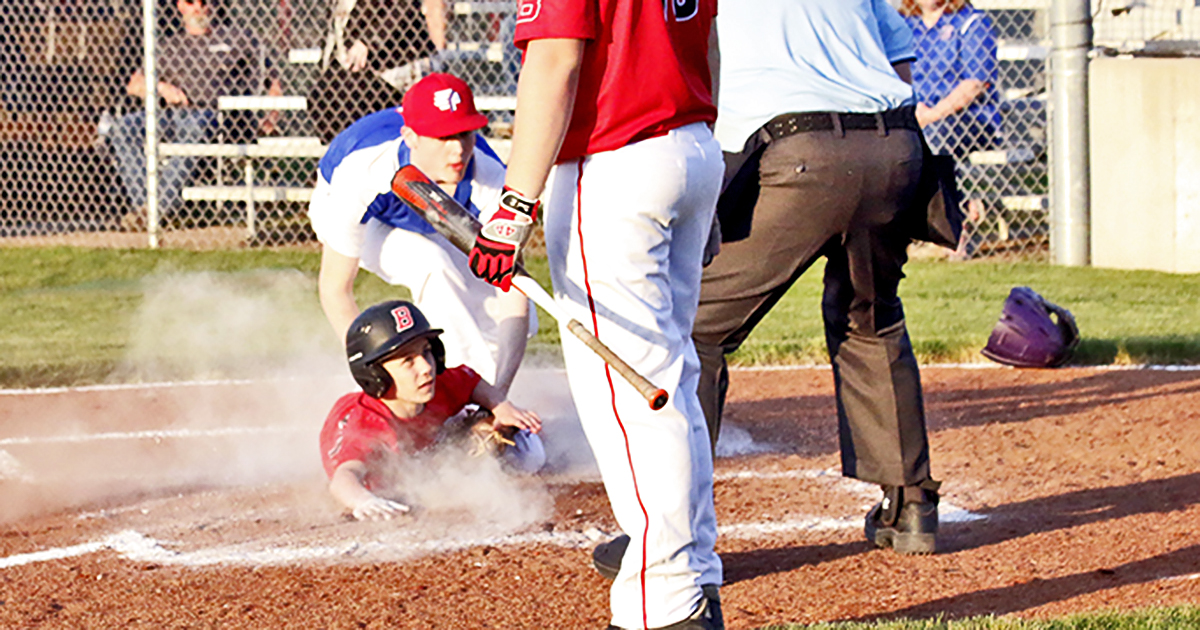 The Harrodsburg Herald/Doug Brown
Landon Sexton beat the throw home in Burgin’s loss to Eminence on Monday night. Despite a comeback attempt by the Bulldogs, the umpire called the game due to loss of light halfway though the fifth inning.

The Burgin Bulldogs (0-3) lost on a technicality against the Eminence Warriors (2-2) Monday. While the Bulldogs managed to tie the game, they were unable to complete play on the fifth inning and dropped their third game of the season, 7-4.

Senior pitcher Evan May allowed no runs during the first three innings. After a pitching change in the fourth, Eminence scored seven runs and took the lead.

Jackson Qualls managed to calm things down when he took the mound in the fifth inning, sending the last three Warriors back to the dugout.

The Bulldogs managed to tie things up, but the game was called due to poor light conditions.

Because the fifth inning was not completed, the score was reverted back to the fourth inning and Eminence got the win on a technicality.