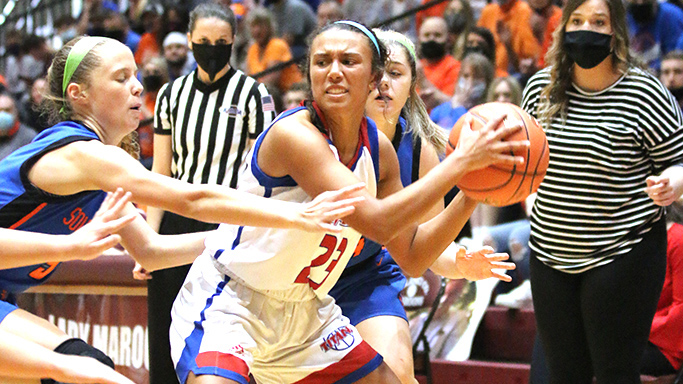 The Lady Titans (12-9) had a heartbreaking finish on their run to be 12th region championship Sunday afternoon against the Southwest Lady Warriors. Timberlynn Yeast put up 32 points but Southwest’s depth was too much to overcome and Mercer ended their season with a 62-56 loss.

The Lady Warriors came out strong and took the momentum in the first moments of the game, jumping out to an 8-0 lead. Yeast finally put points on the board for the Lady Titans at the 2:39 with a toss from Anna Kate Drakeford on an inbounds play. Mercer then went on a seven point scoring run that included a three-point from senior Ry’Ann Tharp. While Southwest couldn’t get the ball to drop in the final seconds of the first quarter, they were still in the lead, 13-9.