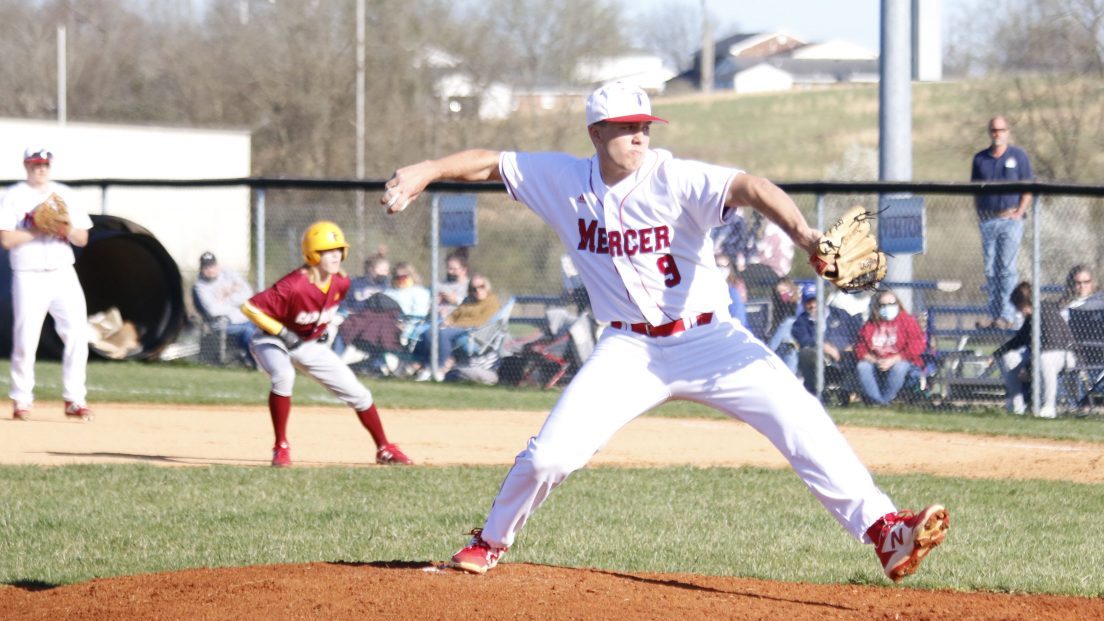 The Harrodsburg Herald/Cayden Devine
Mercer senior Landon McGinnis helped the Titans win their season opener against the Garrard County Lions from the pitcher’s mound and from the batter’s box.

The Titans started the season off with a huge 10-3 win over the Garrard County Golden Lions. Mercer Head Coach Cody Christopher earned his first career win as head coach.

“It felt great to get that first win under our belts,” Christopher said, “Relieves some jitters so to speak. Now we can just get out and play relaxed.”

Mercer got the ball rolling early in the game. In the first inning, senior catcher Noah Coacanougher led off with a walk. The Titans had a huge game on the base paths. Junior Riley Peavler pinch ran for the catcher and had two steals in total and advanced on a past ball. Senior Sam Baughman laid down a bunt and earned the RBI. After stealing second, Baughman was sent home by senior Landon McGinnis’ nice shot down the third baseline. Mercer led 2-0 through the first.