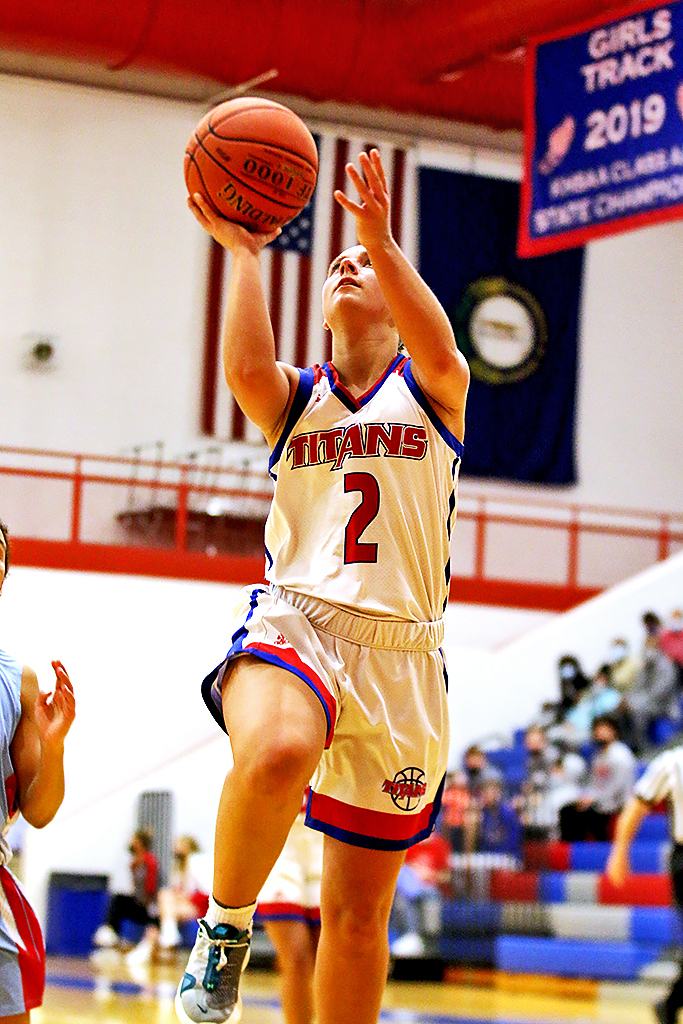 The Harrodsburg Herald/Pam Merchant
Senior Stevie Shepherd went in for the layup in the district championship game against West Jessamine last Thursday.

After receiving a bye due to East Jessamine having a COVID case, the Mercer Lady Titans took the floor last Thursday looking for their 13th straight 46th District championship against the Lady Colts of West Jessamine.

Mercer and West met in regular season a week prior to the district championship. The Lady Titans won easily, 85-43. 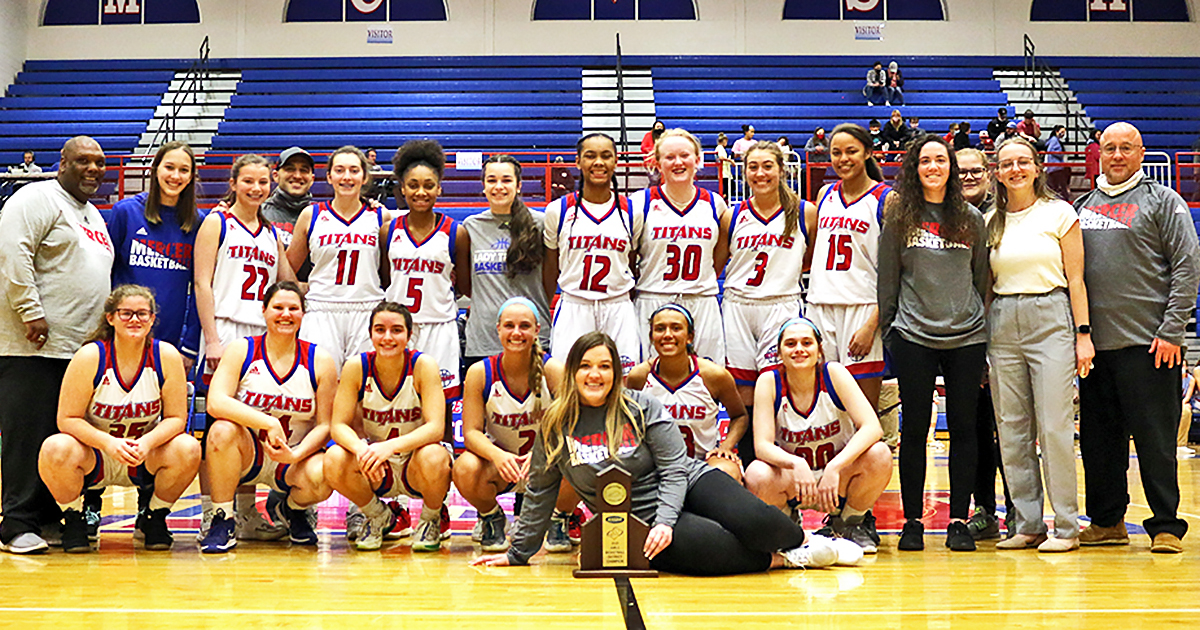 The team came out ready to play. Just 30 seconds in, Anna Kate Drakeford got a bucket and 15 seconds later Ry’Ann Tharp got another and the Lady Titans were up 4-0.

West’s Aaliyah Edenstrom got a basket to make it 4-2 but Mercer would run off six more to make the lead 10-2 on a Lindsay Jessie follow.

Back to back three-pointers by Stevie Shepherd and Tharp extended the lead to 16-4 a few seconds later and the only thing that seemed in doubt was Mercer’s winning margin.

The Lady Titans were able to beat the Lady Colts down the floor for lay ups time and again and with two minutes left in the first quarter. Mercer made the lead 20-5 on a nice fast break pass to Shepherd from Tharp. 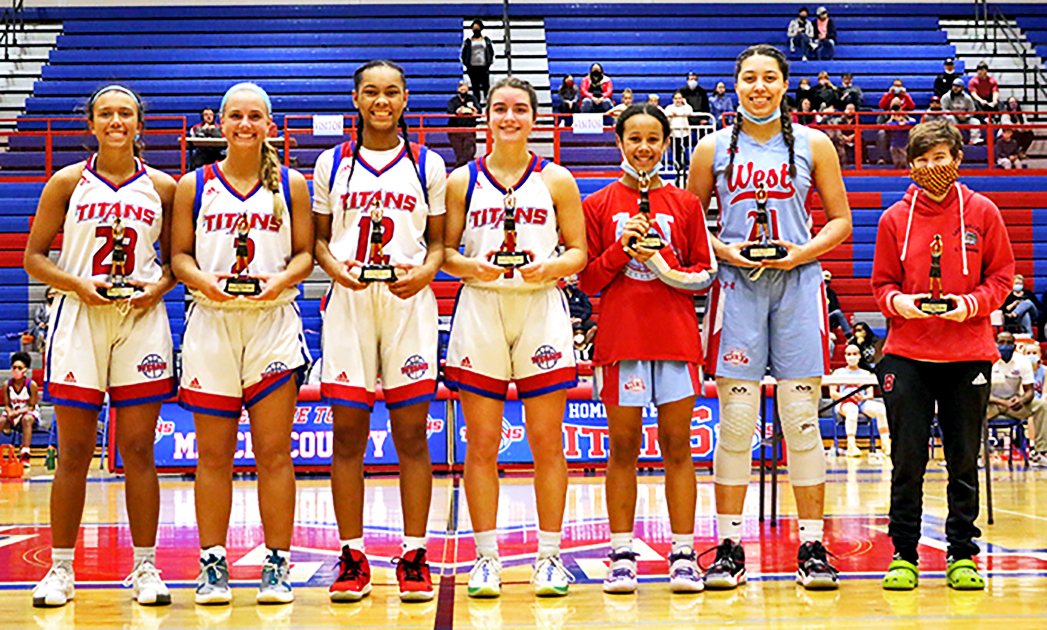