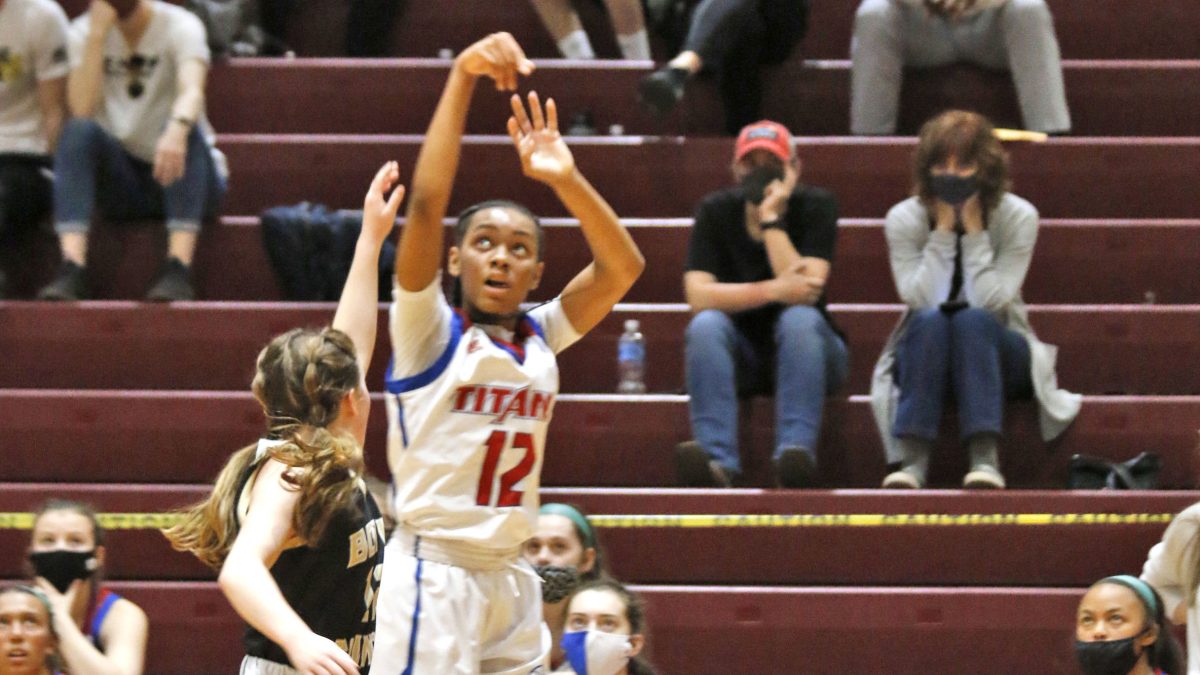 The Mercer County Lady Titans (9-8) met the Boyle County Lady Rebels (10-5) in the first round of 12th region play Sunday afternoon. Sophomores Anna Kate Drakeford and Timberlynn Yeast each had 21 points in the game and the Lady Titans easily advanced to the second round defeating the Lady Rebel, 53-34.

“There are some things we need to work on,” said Lady Titans Head Coach Hayley Spivey. “Overall, it’s survive and advance at this point and whatever you can do to get a win and advance is what you have to do.”

The game started slowly with the score tied, 4-4, halfway through the first quarter. Sophomore Anna Kate Drakeford snagged a rebound and took it the full length of the court to start a nine point run. Timberlynn Yeast contributed with a three-pointer and the Lady Titans jumped out to a 13-5 lead at the end of the first.

Jersey McGinnis had a slick assist to Teigh Yeast in the opening seconds of the second quarter. After a trey by Drakeford took Mercer up 22-9, Boyle Head Coach Ryan Wiersma called timeout to settle his team and it worked. Boyle’s Peyton Bugg and Ella Coffey both hit threes and with four seconds left in the half, Zoey Robbins sank another, cutting Mercer’s lead to six, 27-21.

Drakeford answered with four points in the first 90 seconds of the third quarter. Lindsay Jessie added a strong put back under the basket and the Lady Titans took control of the game. Boyle’s press was ineffective against Mercer’s quickness. Boyle struggled against Mercer’s defense. Timberlynn Yeast knocked a ball loose for Drakeford to score and the Lady Titans closed out the third with a 39-25 lead.

The Lady Titans face the Wayne County Lady Cardinals Thursday, March 25, at Pulaski County High School with tipoff at 7 p.m. The Lady Cardinals’ Macey Blevins is the 12th region player of the year and will be a tough opponent.