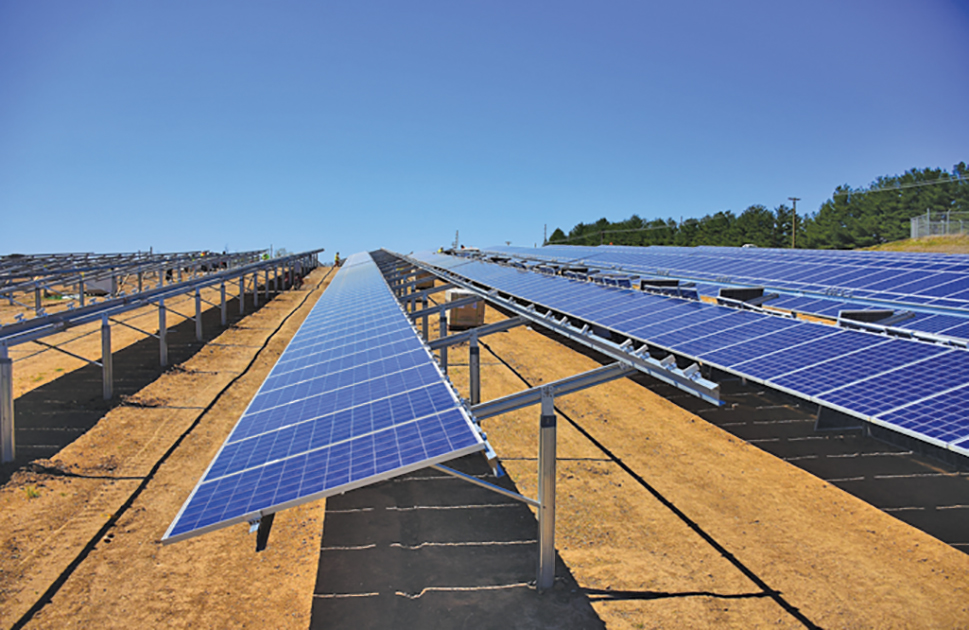 KU built Mercer County’s first solar farm at the E.W. Brown Generating Station in 2016. The planning and zoning commission is looking at drafting an ordinance on solar facilities, which are not currently covered under local ordinances. (Image submitted).

The Harrodsburg-Mercer County Joint Planning and Zoning Commission is looking at drafting a new ordinance that would cover solar facilities.

Last year, local residents opposed a proposed $150 million solar farm that would have been built on the old Wilkinson farm. The proposed solar farm would have had about half a million panels spread across 1,200 acres.

Even though there is already a solar farm in Mercer County—Kentucky Utilities opened a 10 megawatt solar facility at the E.W. Brown Generating Station in Burgin in 2016—the proposal generated strong opposition from Mercer County residents, who voiced their opposition at meetings held through the summer and fall. The Mercer County Fiscal Court voted in October to deny it.

The zoning commission has been asked by Judge-executive Milward Dedman to look into creating an ordinance for solar facilities. Officials have stressed that this ordinance is not connected to any project.

At last month’s zoning commission meeting, Executive Director Shawn Moore presented the commissioners with a draft ordinance that has been used by some cities. Moore said other communities, including Scott County, already have ordinances in place.

At their meeting on Monday, March 15, several commissioners objected to the draft ordinance.

Chairman Bobby Upchurch said he wanted to hold a public hearing, but Moore suggested they should have something on paper first. Commissioners McGlone, Harden and Jonathan Elliott volunteered to serve on the solar ordinance committee, with Harden serving as the chair. Upchurch said he would attend the meetings but not vote. He also asked Moore to check with surrounding counties, including Jessamine and Boyle, to see what they were doing.