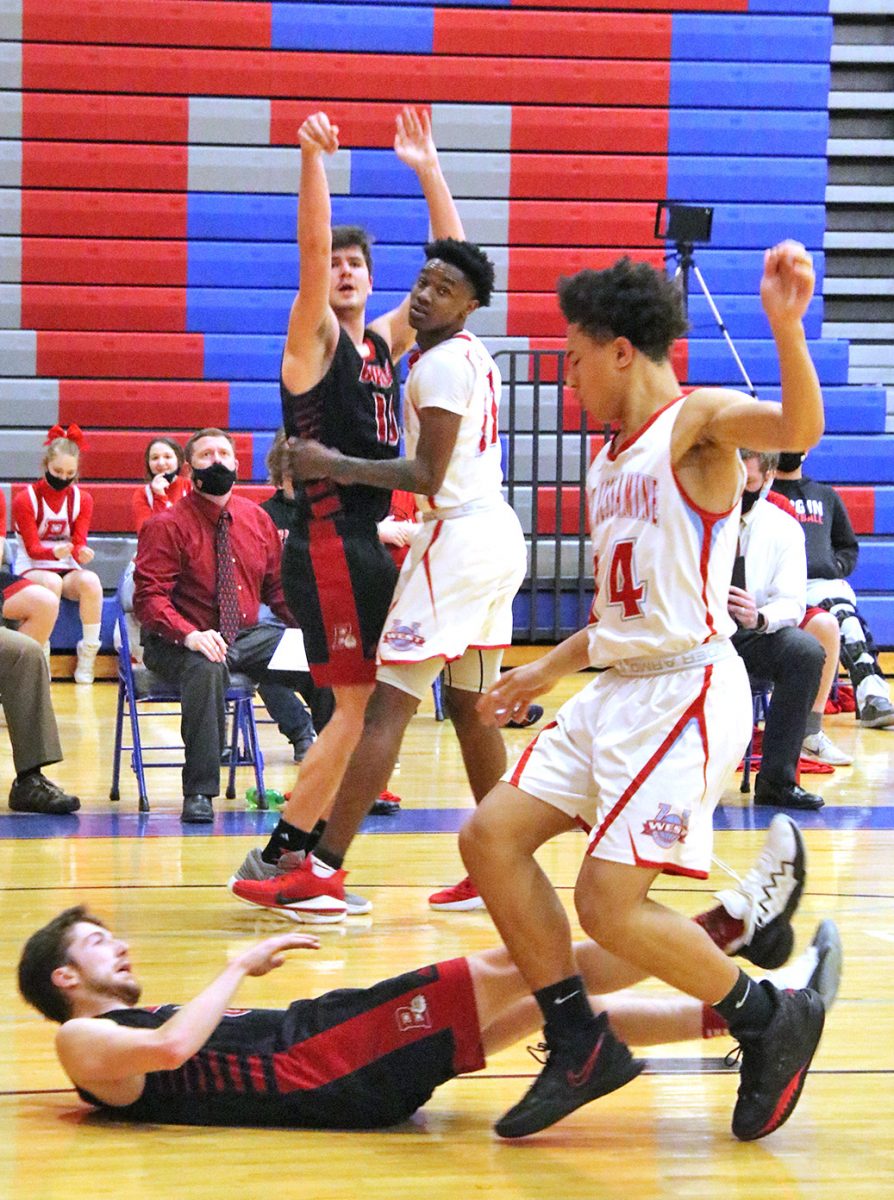 The Harrodsburg Herald/April Ellis
Greyson Mitchell sank the shot for Burgin after John Boursaw had a collision under the basket Monday.

The Burgin Bulldogs (4-17) met the West Jessamine Colts (12-7) in the first round of the 46th district tournament play.  The Colts won their regular season matchup with a wide margin and Monday’s game unfortunately was the same for the Bulldogs.  Division I prospect DeAjuan Stepp turned on with 28 points and ended Burgin’s season with a district loss, 61-26.

“West Jessamine does a great job of transition offense and are very strong and you could tell a big difference between their strength and I told my guys after the game we are going to be relentless in the weight room in the off season,” said Burgin Head Coach Troy Thomas.

Jacob Qualls put the ball through the net for the first points of the game and then the Bulldogs went on a scoring drought. Greyson Mitchell earned Burgin’s first foul with a hard block on West. The defensive pressure forced three straight Burgin turnovers and there was only two and half minutes left in the quarter when John Boursaw hit the Bulldogs’ second basket. With 50 seconds left in the first quarter, Boursaw hit a 3-point shot and cut the Colt’s lead to five, 12-7. With the clock ticking down to one Jacob Qualls got a perfect 3-point shot off, but it popped out of the rim and the Bulldogs trailed at the end of the first quarter 14-7.