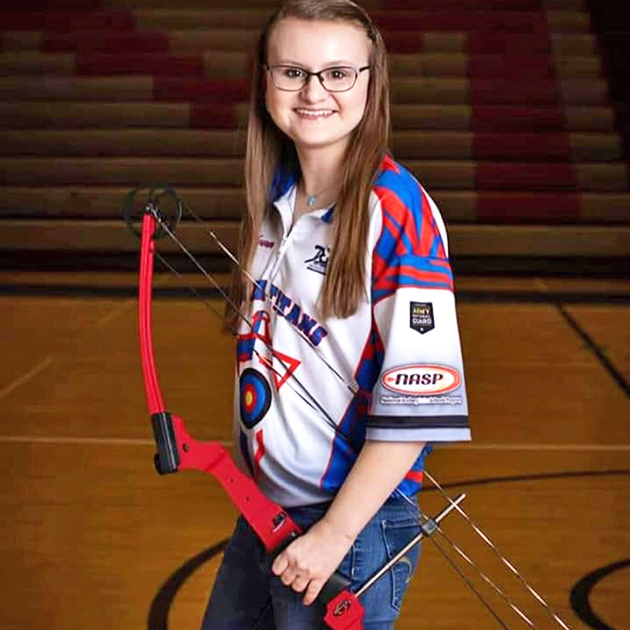 Over the weekend, the National Archery in the Schools Program (NASP) state tournament was held in Louisville, and Makayla Shearer brought home a state co-championship.

“We had a season team high score of 3,192 to place us 57th in the state,” said Archer Coach Eric Miller. “All of our archers shot above their average to help with this push, but, one took a step above. Makayla Shearer took it upon herself to set the tone for the rest of the tournament.”

Shearer shot 296/300, her personal best, in her last NASP tournament and that put the pressure on the reigning region and state champions who were scheduled to compete on Saturday. Shearer maintained her first place spot until Lincoln County’s Mckenzie Settles tied her score. The two finished with the title co-state champions of the 2021 Kentucky NASP tournament.

“I am so proud of Makayla and so proud of our team and school to have an archery state champion,” said Miller.

Shearer said the night before the tournament, she wasn’t worried about her own performance in her last high school NASP tournament.

“My biggest goal was to enjoy my time as a senior,” said Shearer. “I was hopeful the team would do well and I was just shooting and enjoying myself.”