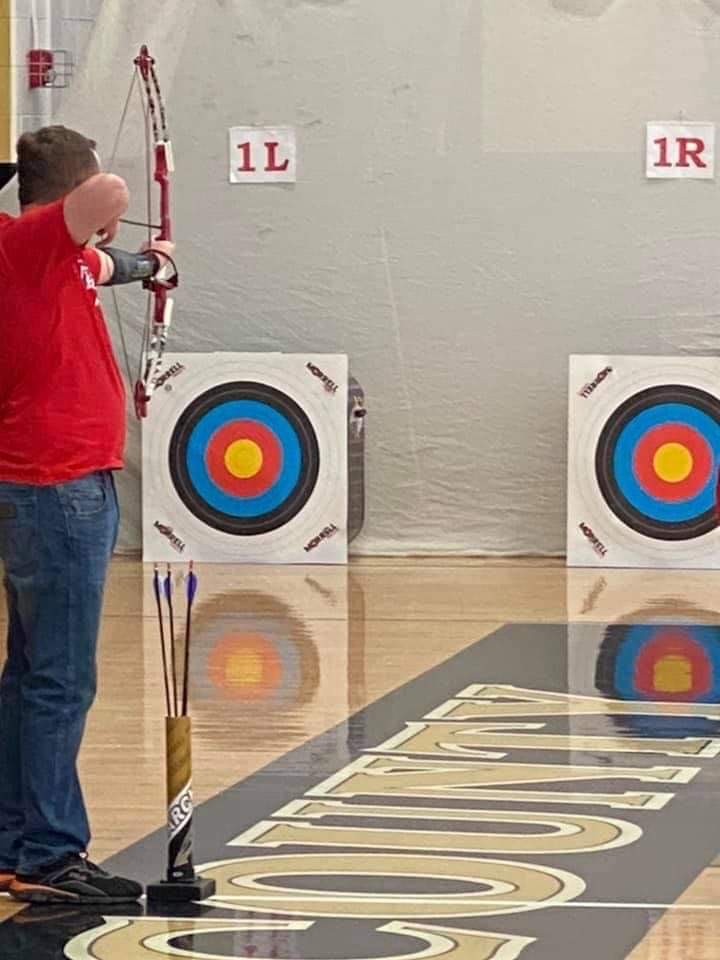 The Harrodsburg Herald/April Ellis
The Mercer Archery team will participate in the NASP state tournament this Saturday in Louisville.

COVID-19 has affected several sports and archery is no different. Along with their fellow athletes, they have had their season limited to the number of tournaments they can participate in and the length of their pre-season. Regardless of having to adjust to a different kind of season, they have still excelled and will compete at the National Archery in the Schools Program (NASP) state competition this weekend in Louisville.

Normally the program includes 75 to 100 participants, but this year it was cut back to 24 high school students and six middle school students. Head Coach Eric Miller was concerned because without a pre-season, there would not be enough time to teach the younger participants proper technique and safety.

Even with the reduced numbers and reduced time for practice, this year’s Titan archery team is upholding their tradition of qualifying for state.

“This year has been such a struggle, but I wanted the kids to have something. I wanted them to keep pushing themselves and working toward their goals,” said Miller.

“Blaine has been with us from elementary school,” said Miller. “We’ve had MyKayla and Michael since middle school and Karmen has been with us for three years. They are good leaders for the team. Karmen keeps us entertained and MyKayla encourages our younger athletes through their rough spots.”