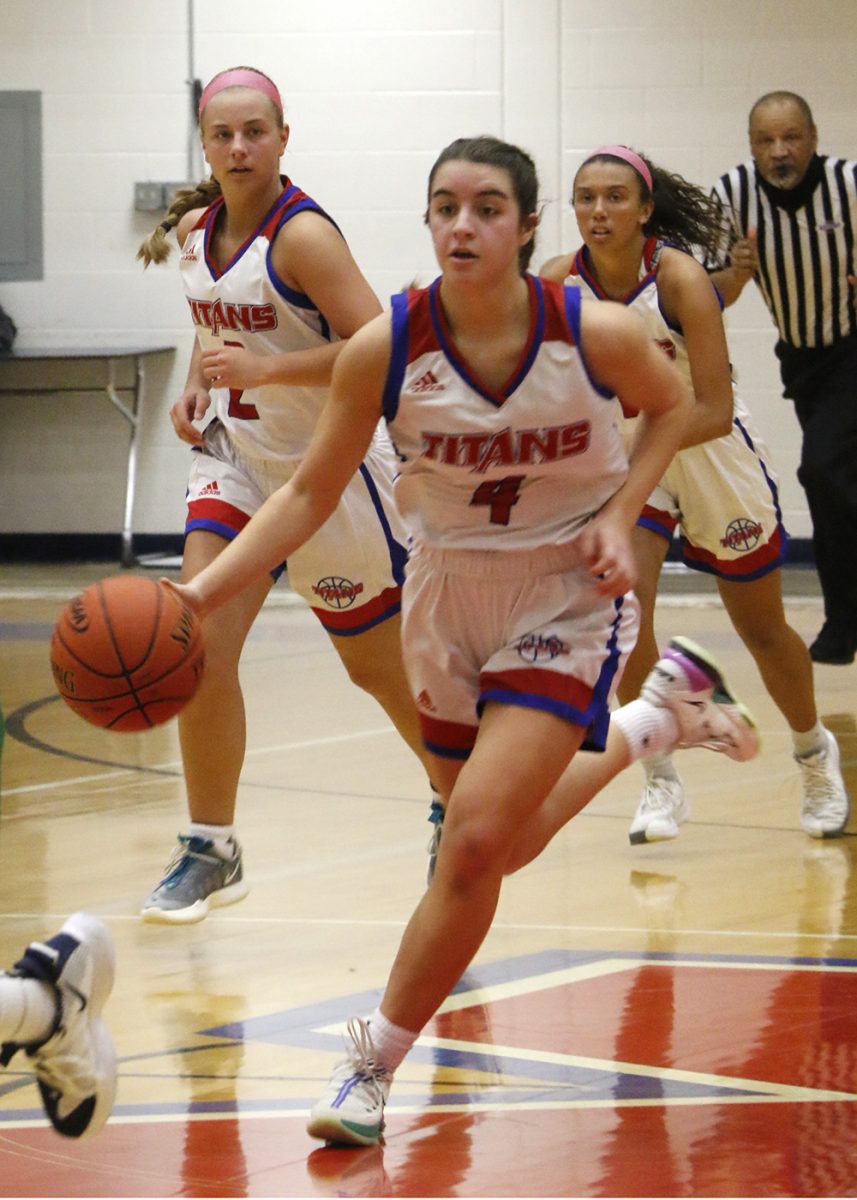 The Harrodsburg Herald/April Ellis
Sophomore Anna Kate Drakeford led her team in scoring in the Lady Titans’ victory against the Warhawks on Saturday, March 6.

As the regular season comes to an end and with district tournaments just on the horizon, coaches want to see their team playing their best basketball of the year. That was sure what Mercer Head Coach Hayley Spivey saw Saturday from the Lady Titans. Mercer had five players scoring in the double digits en route to their highest scoring game of the year. The Lady Titans cruised to an easy 89-56 victory over visiting Great Crossing High School and their eighth victory on the year.

“We have had a pretty tough schedule this season and had some rough games as of late, so with that performance on Saturday I was very impressed with the team.  With just a week away from tournament time, this was a game that we needed going forward,” said Coach Spivey.

Whatever sophomore Anna Kate Drakeford had for breakfast Saturday morning, she may want to have for all future games, as her bucket just 30 seconds into the first quarter was only a hint of what was to come. A few seconds later, she scored on an offensive rebound and the Lady Titans were up 4-0 prompting a time out by Great Crossing. The time out worked as Timothi Williams came out and knocked down a three to make the score 4-3.

Senior Stevie Shepherd with a three-pointer of her own, the first of 13 total treys for the night for the Lady Titans, and another bucket from Drakeford after a steal had Mercer up 9-3.

Drakefords’s hot start seemed to pass along to her teammates, as usually is the case, with sophomore Lindsay Jessie getting a bucket followed by senior Ry’Ann Tharp knocking down her first of four three-pointers. Shepherd hit two of three free throws and Timberlynn Yeast then got in on the action with two free throws and a bucket followed by another three ball from Shepherd and the Lady Titans were rolling at 23-9 with 2:03 left in the first quarter.

“Ry’Ann and Stevie had solid games–shooting with confidence and ready to shoot every trip down the floor. Thats the type of performances we need from them as we get into the post season, it extends our offense and makes us very hard to guard,” Spivey said.