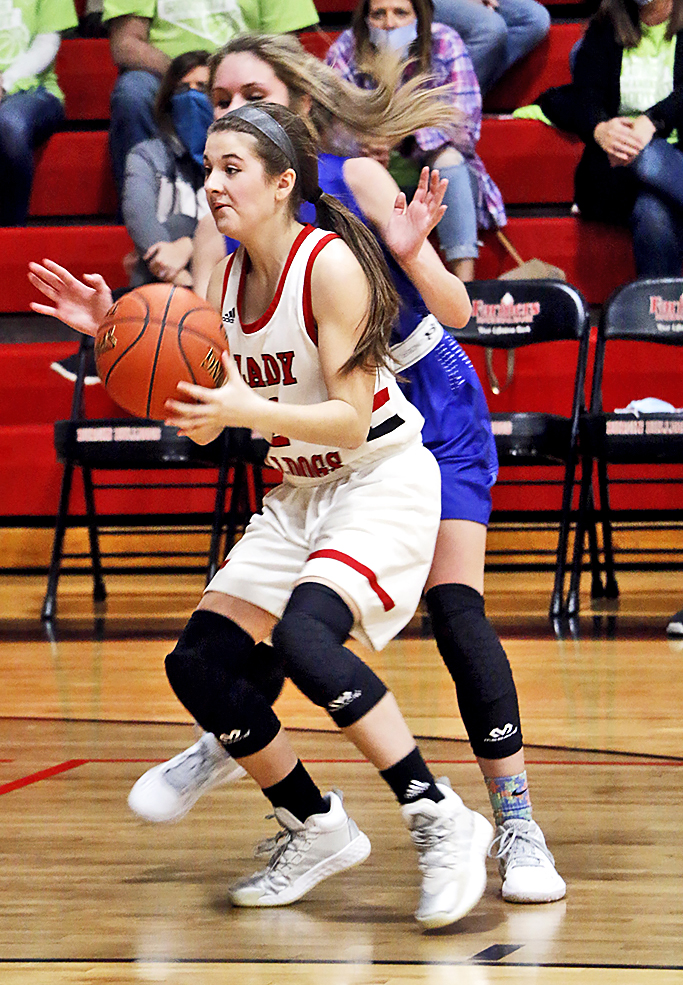 The Harrodsburg Herald/April Ellis
Baleigh Turner fights for the basket against the Lady Aces defender in Saturday’s game against Cloverport.

The Lady Bulldogs started off with strong defense and forced a turnover that turned into two points. Cloverport sank a three but Baleigh Turner hit a shot and retook the lead, 4-3. Brynn Simpson played a strong post game with multiple rebounds and a put back. Ellie Jenkins and Grace Cocanougher were one for one from the foul line. With six seconds left in the first quarter, Hannah Simpson was fouled but Cloverport broke up the pass from out of bounds and Burgin was unable to get the shot off. They held onto the lead at the end of the first quarter, 8-6.

Cloverport got hot in the second quarter, hitting a three in the opening seconds. They added four more treys and scored 24 points in the quarter. B. Simpson put up Burgin’s first three points of the quarter from the foul line. Eighth grader Gabby Thompson busted a three-point shot for the Lady Bulldogs and cut the lead to single digits, 23-14. With two seconds left in the quarter, Burgin sent Lily Nottingham to the line and she sank both shots, extending Cloverport’s lead, 30-16, going into the half.