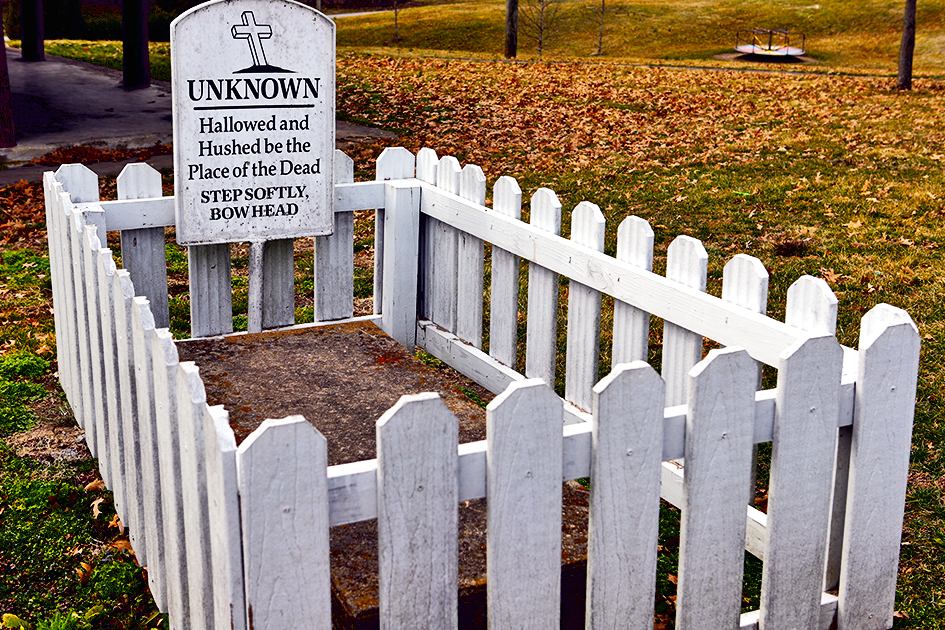 Advocates are upset the Harrodsburg City Commission has voted not to exhume the grave at Young’s Park without hearing from them first.

At Monday night’s meeting, the commission voted unanimously against reopening the grave of the legendary lady who danced herself to death. She supposedly identified herself as Mary Virginia Stafford, the daughter of a prominent judge in Louisville, when she checked into Graham Springs Hotel back in the 1840s. According to legend, she fell dead during the last dance of the evening and took the secret of her real identity to her grave.

The dancing lady’s identity is one of Harrodsburg’s greatest mysteries, right up there with James Harrod’s final resting place. It would seem to be a tough—if not impossible—case to solve, but that hasn’t stopped people from trying, with various theories being proffered over the years but no conclusive proof. There are at least three people currently trying to put a name to the dancing lady: local historian Anna Armstrong, Lynne Smelser of Michigan and Todd Matthews of Tennessee.

Last week, the Harrodsburg Herald published the second of two stories about the efforts to solve the mystery.

On Monday night, Commissioner Marvin “Bubby” Isham said the emails he received were overwhelmingly against the exhumation. Isham called it “more or less grave robbing” and said he wouldn’t want to be dug up 200 years from now to satisfy someone’s curiosity. Saying he was following the recommendation of the Mercer County Coroner, Isham moved to not open the grave at Young’s Park. The motion was seconded by Commissioner Adam Johnson and passed unanimously.

Mayor Art Freeman, who is currently undergoing treatment for cancer and attended virtually, asked the city commission to hear from the investigators before making a decision. Freeman has previously expressed skepticism, likening the proposed  exhumation to Geraldo Rivera’s infamous televised exploration of Al Capone’s vault, which was a notorious flop when Rivera found nothing.But he said he felt they needed to hear the investigators first.

“I think we need to listen to them,” Freeman said.

“They’re on the agenda but they’re not here,” said Commissioner Isham.

Armstrong is ill and Smelser and Matthews both live out of state. Recent city commission meetings have been held online, but the Feb. 22 one was held in person at city hall. Due to technical issues, the city was unable to broadcast the meeting and the commission had to vote again Monday night on all business from the earlier meeting.

According to a screen shot provided to the Harrodsburg Herald, Smelser asked for a Zoom link to the meeting after 5 p.m. Monday after calling city hall and being told someone would call herback. She said she did not hear back from the city office before the meeting started.

“We were told that this next meeting would be a Zoom meeting,” Smelser said. “Todd and I cleared our schedules for tonight’s meeting.”

She said by the time she found the city commission was on Facebook, the commissioners had moved to other business.

Harrodsburg City Clerk Shavonna Huffman said Armstrong, Smelser and Matthews are invited to appear at the next city commission meeting on Monday, March 22, at 6 p.m. The meeting will be held in person at City Hall on Main Street.

To dig up the rest of the story, check out this week’s issue of the Harrodsburg Herald or click here to subscribe online.