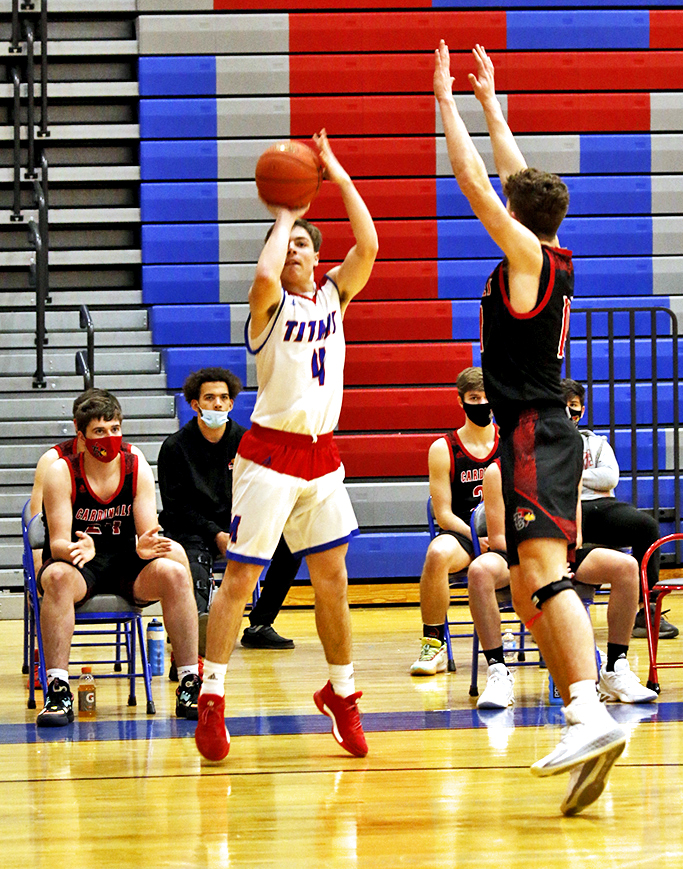 The Mercer County Titans (7-6) faced the Taylor County Cardinals (11-7) on senior night last Tuesday, March 2. Seniors Sam Baughman and Sammy Berger were honored in front of the Titan faithful, but the Cardinals were the ones on top at the end of the night, 72-59.

Mercer started with a strong offensive game, with Thaddeus Mayes, Sam Baughman and Aaron Caton all hitting three-point shots. Brayden Dunn and Evan Hart both contributed baskets and the Titans were evenly matched to the Cardinals and ended the first quarter tied 17-17.

However the Titans went cold in the second quarter. Taylor tightened their defense and Mercer’s only two baskets came from Seth Caton and Hart. The Titans trailed at the end of the half, 27-21.