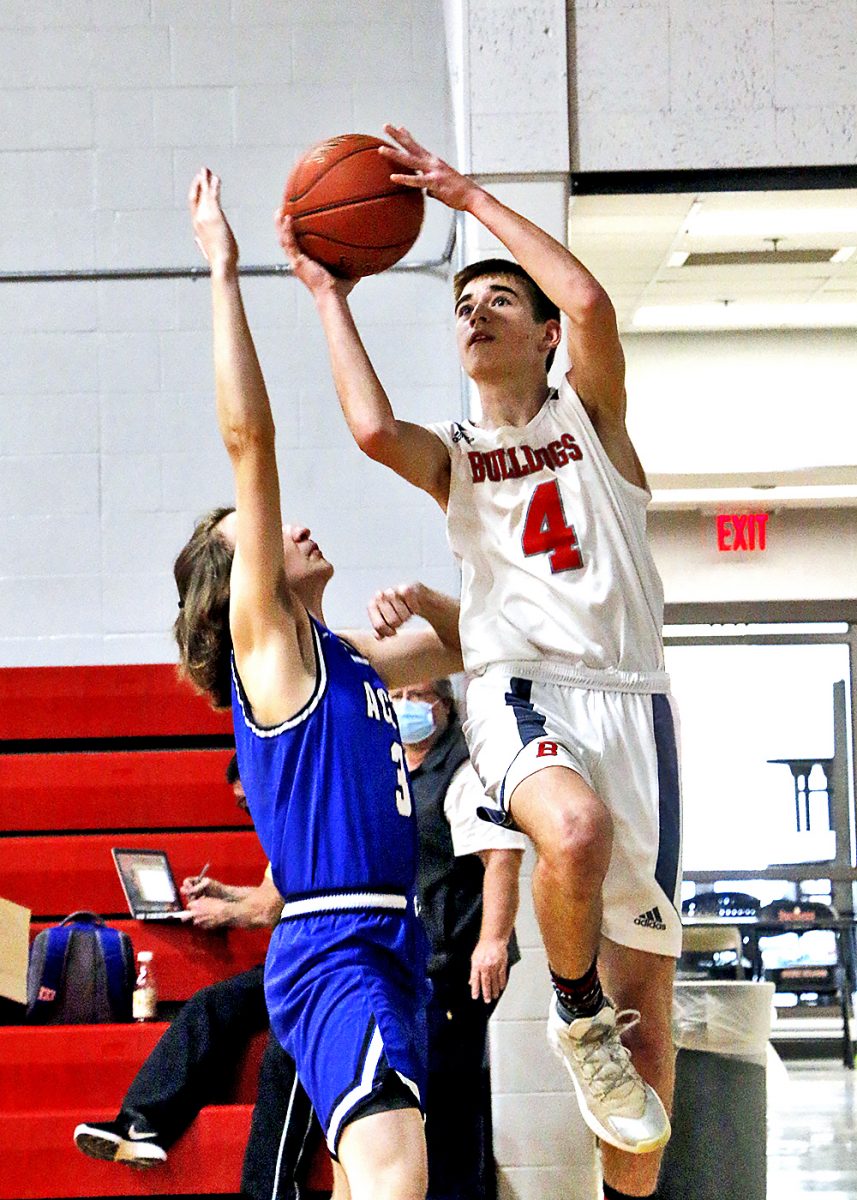 The Burgin Bulldogs (3-15) put another victory in the record books, winning 66-51 against the Cloverport Aces (1-19) for their homecoming game on Saturday, March 6.

Cloverport put the first points on the board, but Burgin jumped out 7-2 with two baskets from Greyson Mitchell and a three-pointer from Jacob Qualls. Burgin had the steal with seconds left in the first quarter, but there wasn’t enough time to get a good shot off. The Bulldogs led the Aces, 11-7.

Jacobe Taylor had the hot hand and hit back-to-back treys to give Burgin a 21-10 lead halfway through the second quarter. Cloverport hit four straight points from the free throw line to cut the Bulldogs’ lead to single digits, 26-15. Jeremiah DeCruize battled hard to the basket for the foul call and went one for two from the charity stripe. Burgin went into the half up 28-17.

The Bulldogs play Lynn Camp on Thursday, March 11, with tip off at 7:30 p.m. They play Jackson City at home Friday night at 7 p.m.