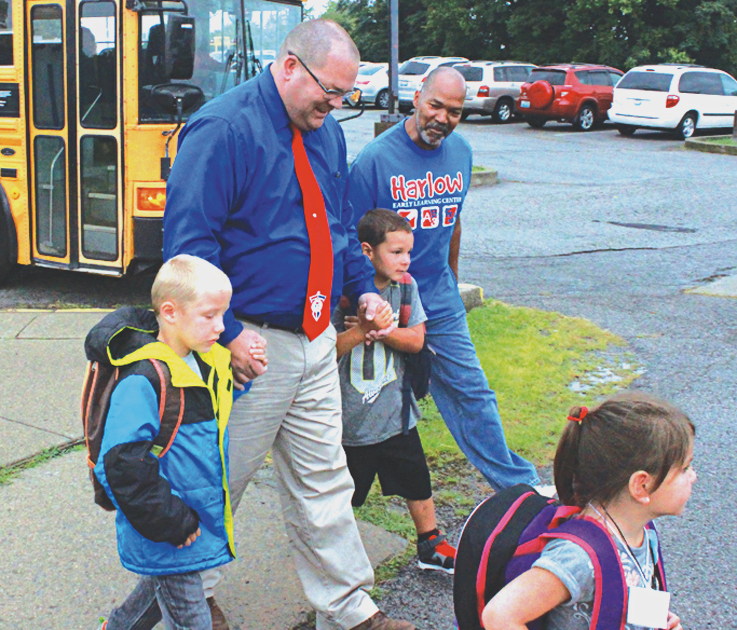 Dennis Davis is retiring as superintendent of the Mercer County School System.

Davis, a Mercer County native and a graduate of Eastern Kentucky University, has been an educator for three decades, beginning his career as a teacher assistant in Bourbon County.

Davis’s time as superintendent has been eventful. During his tenure, the school system has undergone a major reorganization, closing and selling buildings such as the former Harrodsburg High School while consolidating schools. The Ninth Grade Academy where Davis served as principal no longer exists.

Much of those changes have had two goals: to improve the district’s academic performance across all student groups and to provide more academic course offerings.

One of the biggest changes was the creation of the Trailblazer Early College and Career Academy, which launched in 2018. Trailblazer Academy is the region’s only multi-district career academy with students from five districts following career pathways in healthcare, technology, engineering and more.

The school district has faced a myriad of challenges over the years, from changing state and federal standards—which Davis has linked at times to hitting a moving target—to school safety and budget cuts.

But perhaps there has been no challenge greater than the COVID-19 pandemic. Mercer was forced to get creative in providing instruction as well as food to students when schools were closed.

While the district provides computers to every student—another initiative that began during Davis’s tenure—many students still live in areas with no internet access.

The district has responded by turning buses into hotspots, which allow students access to instruction while picking up meals.

Davis’s retirement was announced at last week’s meeting of the Mercer County Board of Education.