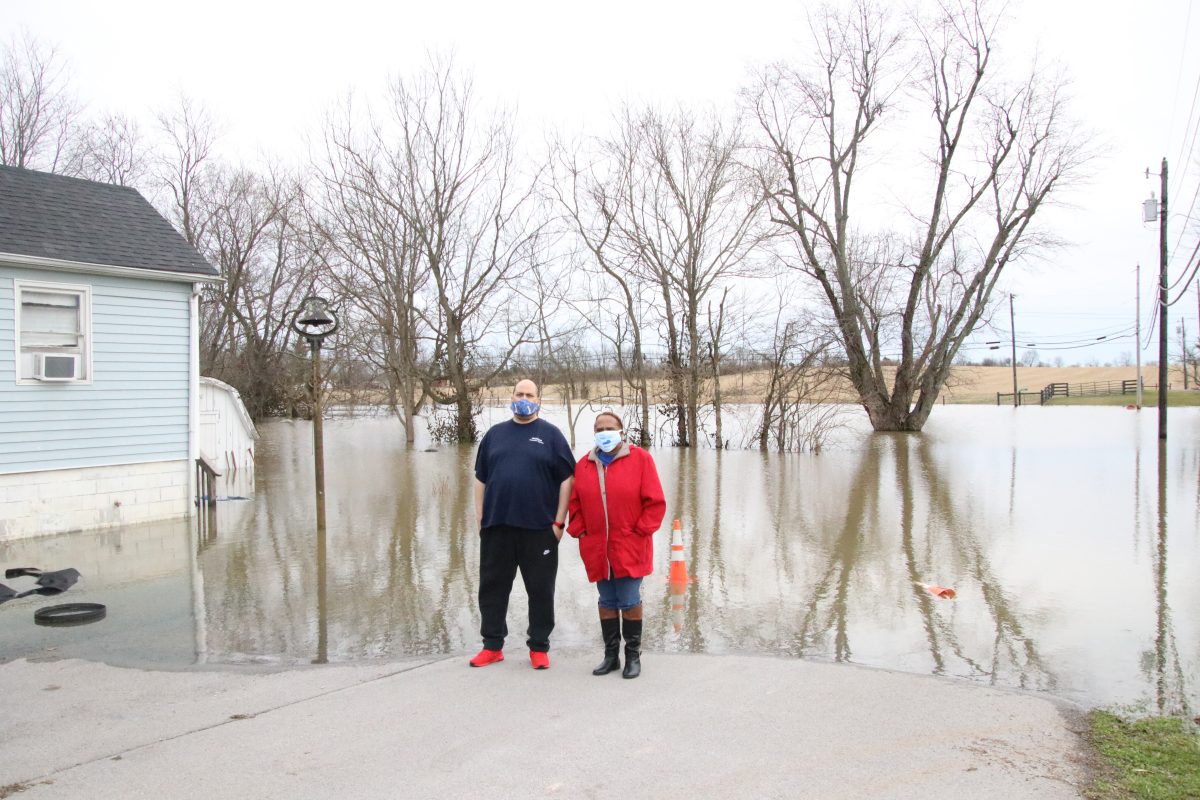 Margie Brothers and her son, Ritchie Brothers, stand in front of their flooded driveway, shed and basement on East Maple Street in Burgin. (The Harrodsburg Herald/Jennifer Marsh).

Mercer County and Kentucky has been hit hard by this weekend’s torrential downpours, with severe flooding in Burgin and along the Salt River.

The Kentucky Transportation Cabinet was forced to close US 68 towards Perryville between mile points 4.0 and 6.0  The road was reopened early Monday morning.

“Flooding on roadways was widespread,” said Chief Ric Maxfield of the Mercer County Fire Protection District. “We assisted in three water-related incidents so far this week.”

Maxfield said the Kentucky River still may be an issue as it continues to rise.

Extremely heavy rainfall was reported across the commonwealth, with more than six inches recorded in some areas.

Margie Brothers of Burgin said the water was still rising at her house on East Maple Street.

“It takes a good week to five days to go down even with the pumping,” said Brothers. “It came in so fast this weekend. It was like a river inside my house.”

Brothers called her son Ritchie Brothers to come help her deal with the flooding.

“I had to ask my son to take off work and help me move things out of the water,” said Brothers. “There wasn’t heavy rains last year so we didn’t have as much flooding.”

Brothers said she is worried flooding will start to be more consistent like 2018 and 2019. 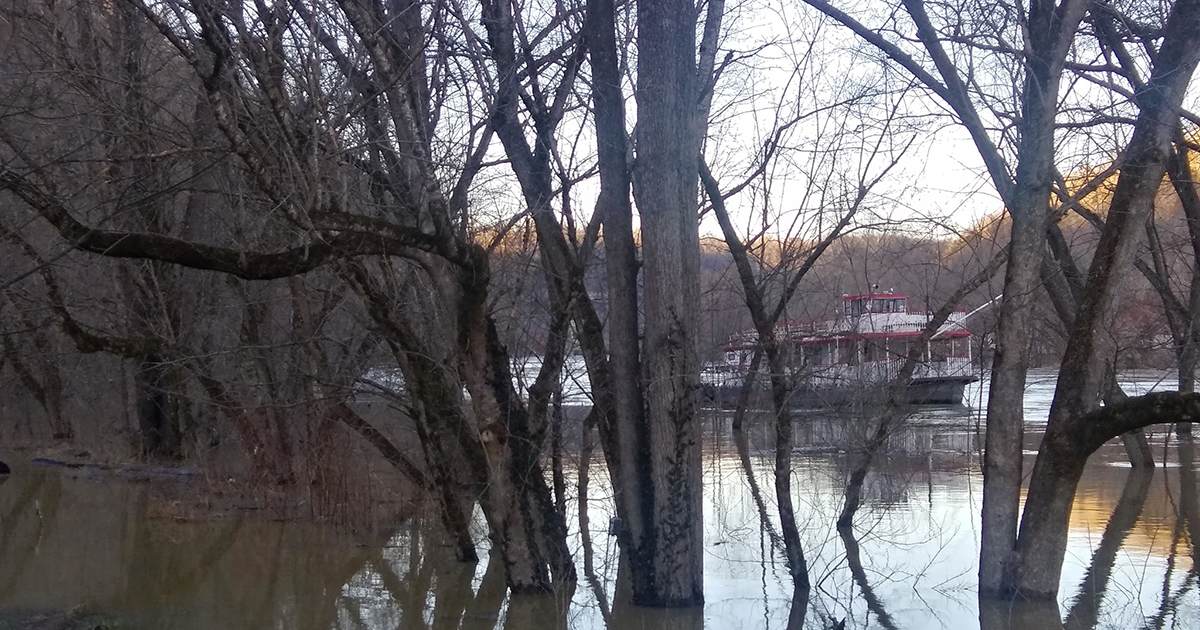 Across Kentucky, 34 cities and counties have declared states of emergency. Four emergency shelters and one warming center has been opened.

On Tuesday, there were still more than 5,592 Kentuckians without power, mostly in Martin County in Eastern Kentucky.

Kentucky Gov. Andy Beshear declared a state of emergency. The National Guard was called to help move 91 people out of a nursing home in Salyersville and as many as 15 people had to be rescued from flooded homes and vehicles in Wolfe County.

The Red Cross helped more than 100 people on Monday with emergency lodging, including 60 people in hotel rooms and more than 40 people in three shelters. Red Cross volunteers are also providing meals and helping people with medical or disability needs and providing emotional support.

According to WYMT, The Foundation for Appalachian Kentucky is assisting businesses and family farms in need through partnerships with the American Red Cross and the Central Appalachian Family Farm Fund.

Donations can be made at any Community Trust Bank location or online at www.appalachianky.org

There are steps people should take to be ready if a weather emergency threatens their community. Planning is the key. They need to know what emergencies are most likely to happen where they live, learn, work and play. Being prepared is just a few short steps away:

1. GET A KIT. If you’ve ever fumbled to find a flashlight during a blackout, you know what it feels like to not be prepared. You should include:

2. MAKE A PLAN. Talk with household members about what you would do during emergencies. Plan what to do in case you are separated, and choose two places to meet — one right outside your home in case of a sudden emergency such as a fire, and another outside your neighborhood in case you cannot return home or are asked to evacuate.

3. BE INFORMED. Know the risks where you live, work, learn and play.

DOWNLOAD APPS. The Red Cross Emergency app provides real-time alerts, shelter locations and safety advice. The Red Cross First Aid and Pet First Aid apps provide instant access to information on handling the most common emergencies. Download these apps for free by searching for ‘American Red Cross’ in your app store or at redcross.org/apps. Parents can also download the Red Cross Monster Guard App for a fun way to teach children what to do in case of a flood, hurricane and other emergencies.