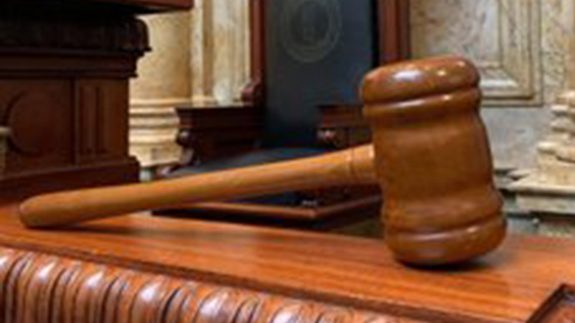 A historic gavel that some believe was once owned by James Harrod, returned to Harrodsburg last Friday, according to Bobbie Dawn Rightmyer (Photo: Donna Robinson Holiday).

A historic gavel believed to have once been owned by James Harrod, returned to Harrodsburg last Friday, according to Bobbie Dawn Rightmyer.

“I received the gavel on Friday afternoon, along with a Senate Citation of Julian Carroll giving it back to the City of Harrodsburg,” said Rightmyer. “According to the Draper Manuscripts, the most historically accurate archives of pioneer life in the United States, James Harrod is known to have used the gavel at Old Fort Harrod for issuing land warrants for militia veterans, court cases and various auctions.”

Rightmyer said there is mention of the gavel in 1783 before the court system moved to Boyle County, but after that, there is no information on the gavel until 1936 when the Masonic Lodge of Louisville donated the gavel to James Isenberg, President of the Harrodsburg Historical Society.