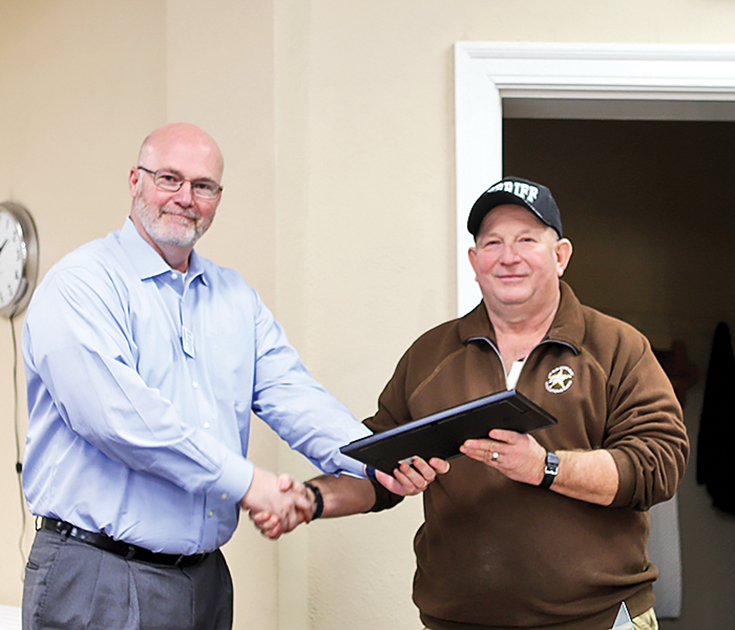 The honorees were presented with outstanding service awards and the Rotary board of directors announced they were sending $250 checks to the Kentucky Fallen Officers Trust Fund and the Kentucky Sheriffs Boys and Girls Ranch.

Sheriff Kelty was named the 2020 Sheriff of the Year by the Kentucky Sheriffs Association on Feb. 4. Kelty was recognized by the Rotary for being a dedicated public servant.

Since first being elected as sheriff in 2010, Kelty has reorganized the sheriff’s office, making sure at least one deputy is on duty at all time. In addition, Kelty has overhauled the evidence room and established a registered sex offender compliance program. While working to modernize deputies’ training and equipment, Kelty has also hosted town hall meetings and Citizen Academies to educate the public, lectured local clubs and businesses and provided programming to the local media outlets.

Sheriff Kelty said the award was the greatest award he’d received in his 43 years in law enforcement. He said his wife Missy derserved the award more than he did.

Kelty publicizes his cell phone number. He said his wife often has to answer the phone at 3 a.m. in the morning, then has to wait until he returns.

“I put on a gun and a bulletproof vest and tell her I’ll call her when I can,” he said. 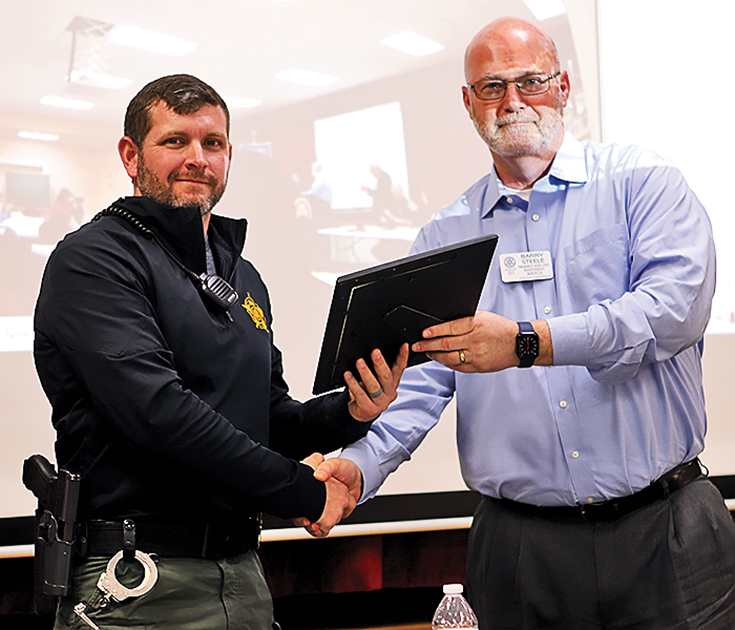 Dep. Wes Gaddis received the medal of honor from the Kentucky Sheriffs Association for two incidents in which he risked his life to save citizens. In October 2019, Gaddis drove his cruiser into the smoke of a massive field fire and helped evacuate the occupants of a nearby home—including the homeowner, who was recovering from hip surgery. Gaddis had to be treated for smoke inhalation later.

In June 2020, Gaddis used his cruiser to stop a runaway vehicle on U.S. 127. He managed to stop the car—which carried a woman and her infant child—just feet away from the intersection. The Rotary Club congratulated Dep. Gaddis for his courage and commitment to the safety of citizens under unusually difficult and dangerous circumstances. 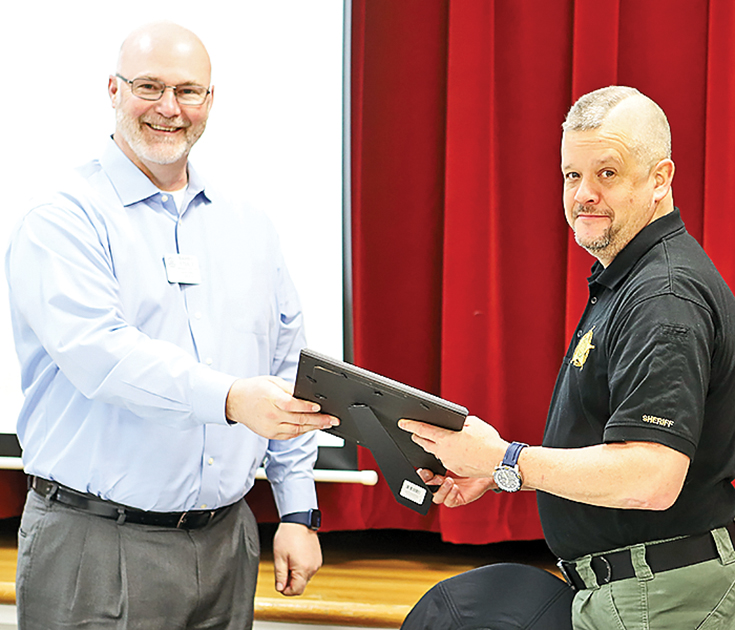 Deputies Sean Brown and David Prather were presented with medals of valor by the Kentucky Sheriffs Association for their efforts in January 2020. Dispatched to an injury collision on Mackville Road, Brown and Prather found two adult occupants dead from blunt force trauma and a child still alive in a safety seat. The deputies crawled inside the smoking vehicle to free the child, who suffered only minor injuries. The Rotary Club congratulated Brown and Prather for their courage. Brown was unable to attend the luncheon. 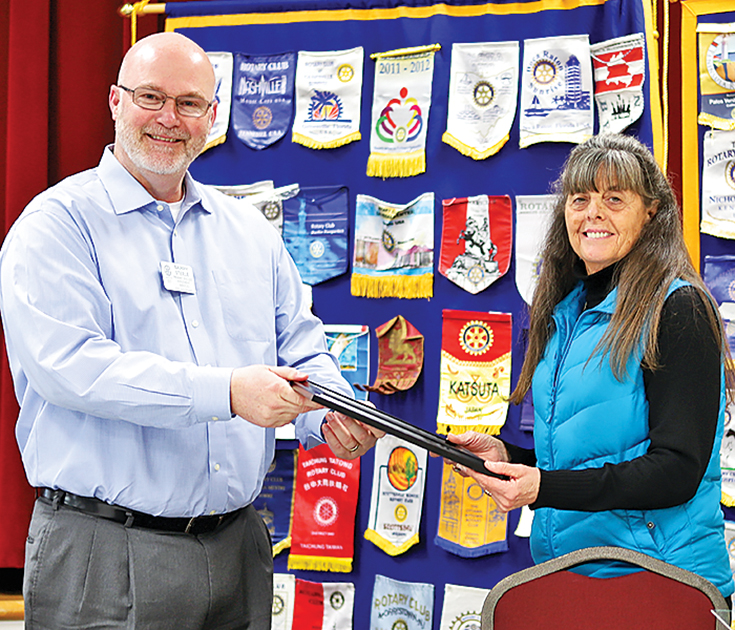 Sue Abrams Gray received a 2020 Civilian Support Award from the Kentucky Sheriffs Association for her efforts supporting local law enforcement. Abrams Gray donates her time and money to the sheriff’s office in addition to selling raffle tickets for the Kentucky Sheriffs Boys and Girls Ranch and raising funds for the canine unit, the Shop With a Cop program and other projects. She also helps find temporary placement for families in need.

Rotarian Dennis Davis, the superintendent for Mercer County schools, thanked Sheriff Kelty and his office for their work directing traffic at the schools.

“We couldn’t do it without them,” Davis said.

For more great stories, check out this week’s edition of the Harrodsburg Herald or subscribe online.