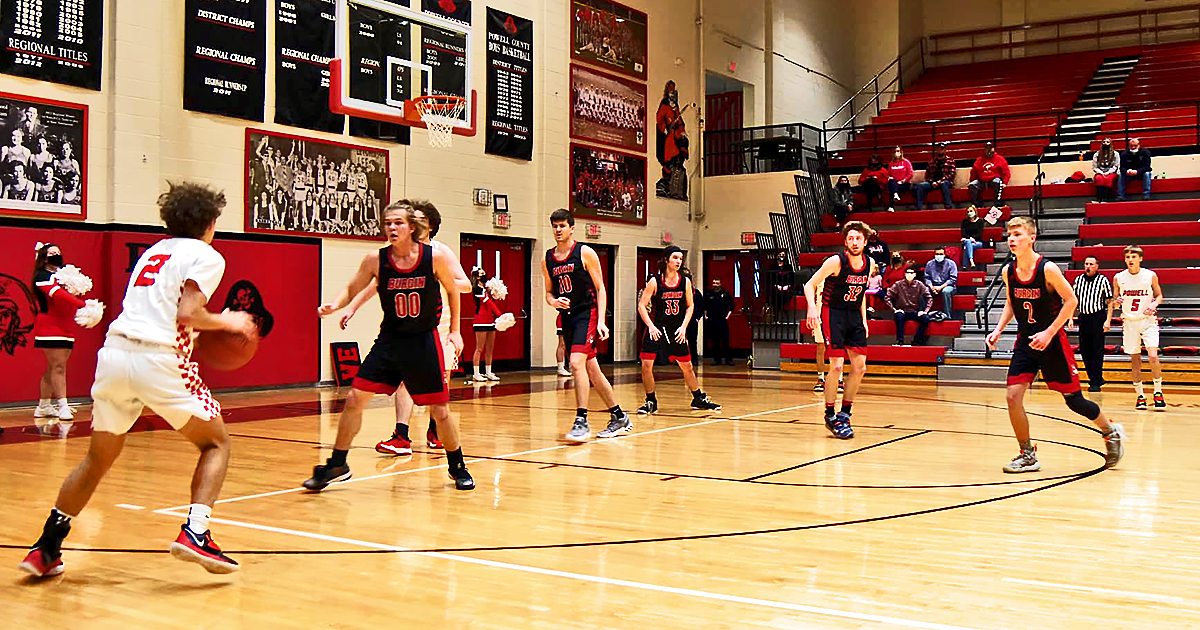 Burgin (1-10) traveled to Powell County (1-12) on Saturday, Feb. 13. While the two teams battled back and forth, the Pirates proved to be too much for the Bulldogs in the final minutes of overtime and Burgin lost, 65-58.

In the first quarter, sophomore Brendan Stanley had the hot hand and hit two three-pointers. Sophomore Hunter Reed and junior Greyson Mitchell both went one for two at the free throw line. Burgin sent Powell’s Chandler Congleton to the line three times, where he hit five of his six shots. Reed had two more baskets and freshman Rae Owsley contributed one. Burgin trailed by three at the end of the first, 17-14.

The Bulldogs fought back in the second quarter. Junior John Boursaw hit a three-point shot along with one from Reed. Senior Jackson Qualls added two buckets and Owsley had one of his own. At the end of the first half, Burgin tied the game, 30-30.

Powell’s Congleton got hot again with six more points in the third quarter. Reed sank another three and added a two-point basket. Jackson and Jacob Qualls each had two-points. Mitchell added four more points. Burgin went zero for two from the free throw line but still ended the quarter up by three, 43-40.