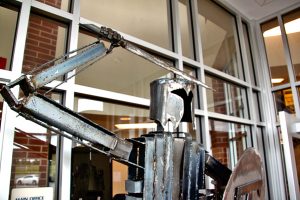 The Mercer County school district has learned they will receive more than $2.7 million in Elementary and Secondary School Emergency Relief (ESSER) Funds. According to Finance Officer Amber Minor, that is part of the newest relief package that was passed by the U.S. Congress. Minor said the district is supposed to find out more in the next few weeks. They have already received $580,000 in CARES Act funding in two payments.

During her report, Minor told the board the ending general fund cash balance was $7.5 million as opposed to $5.8 million last December. She said overall revenue was three-percent higher as opposed to last December, including the beginning balance, while receipts are up four-percent compared to last year.

Against that, Minor said expenditures are down 14-percent compared to last year.

The school board also approved the draft budget for the upcoming fiscal year. The draft budget is the first step in the budgeting process. Minor said the projected total revenue is more than $22.7 million, which includes a beginning balance of $2.86 million.

While there are no hard facts available at this point, Minor said she projects no change in local general fund revenue and said she anticipates Support Education Excellence in Kentucky (SEEK) funding to stay close to the current current levels.

“I always question why I took this job in December going into January,” Minor told the board. “Hopefully there will be no big surprises this year like a pandemic.”