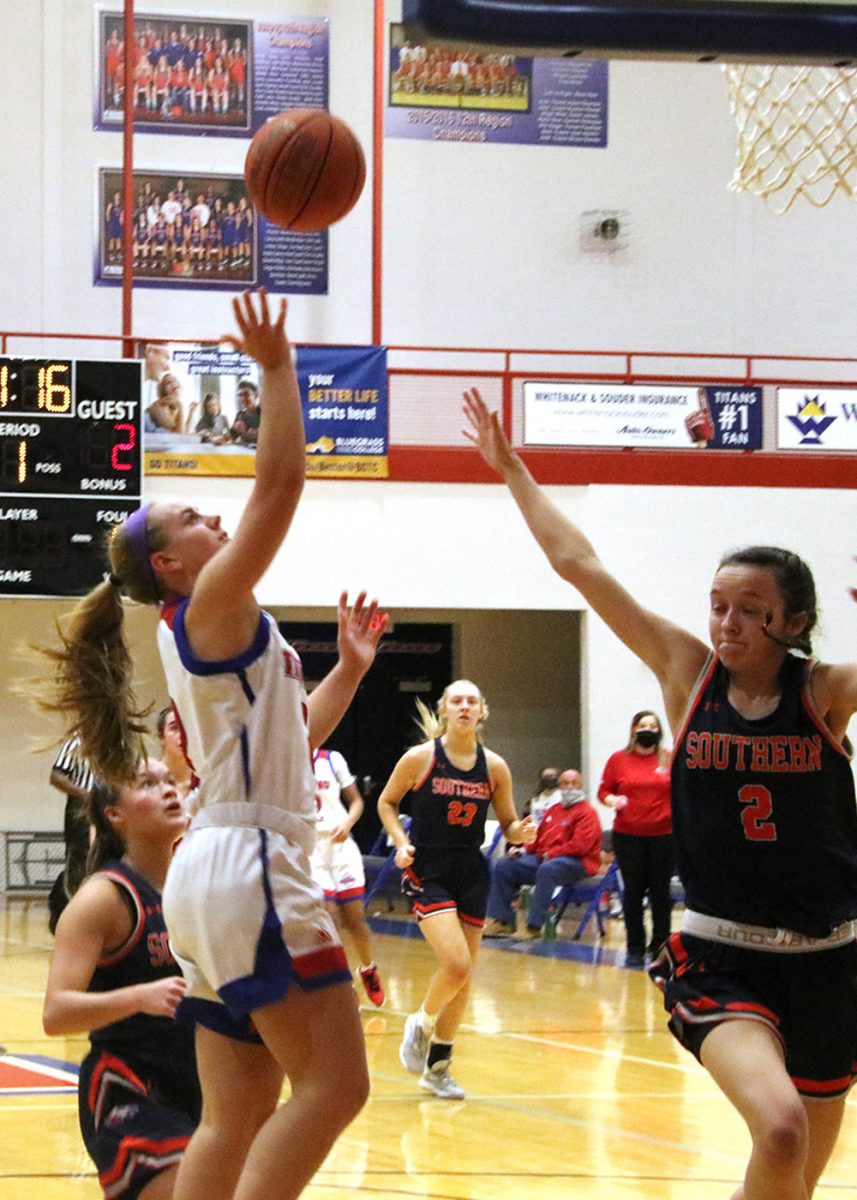 Senior Stevie Shepherd had a career high 22 points and six rebounds against the Lady Eagles Saturday night. The Lady Titans won their sixth game of the season, 75-40. (The Harrodsburg Herald/April Ellis).

The Lady Eagles of Madison Southern (6-1) were the favorite going into Saturday’s match up against the Lady Titans (5-1), but Mercer hit the court with intensity and physicality to come out on top 75-40.

Mercer opened the game with a three point shot by senior Ry’Ann Tharp and there was no looking back from there. In a little over a minute of play the Lady Titans had jumped out to a seven point lead. Their defensive pressure kept Madison off the boards until the 3:38 mark of the game.

Senior Stevie Shepherd had the hot hand with 10 points in the first quarter  including a three pointer with only six seconds left to give the Lady Titans a 23 point lead, 25-2. Shepherd ended the game with a career high of 22 points.

“Stevie has really stepped up her game this season and her role drastically changed. Our team is depending on her to be a significant contributor  and she has worked really hard in the pre-season to elevate her game,” said Spivey.