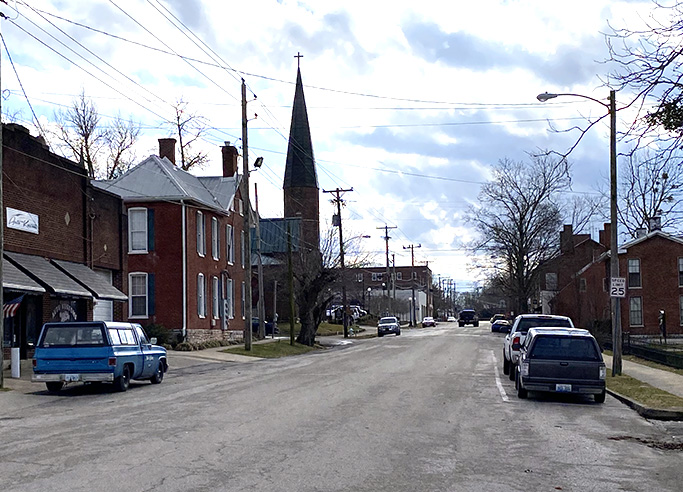 The Harrodsburg City Commission discussed adding a four-way stop at the intersection of Poplar and Chiles Streets Monday night.

At their meeting on Monday, Jan. 25, which was held online and broadcast on Facebook, the commissioner considered a request from Auto Kustoms on Chiles Street. According to Commissioner Ruth Ann Bryant, the owners are complaining about speeders turning off Lexington Street.

However, the commission then voted to table that motion until the Harrodsburg Police Department performed a speeding survey.

“I’m all for anything that helps with speeding,” Allen said. He said speeding complaints on Main Street have dwindled since the city installed two four-way stops. But he said the city is getting “a little sign heavy” and he has not had a lot of complaints about speeding on Chiles. Allen said he doesn’t want to inconvenience citizens.

Echoing Allen’s concerns, Commissioner Isham said the city is getting busy on signs. “We’ve got signs sticking everywhere,” he said. Isham complained it was getting trashy.

Mayor Freeman noted it would cost $900 for striping and installing stop signs.

Commissioner Moseley asked about setting up a trailer on Chiles to monitor traffic. Allen said both of the trailers, which are provided by the state, have malfunctioned. He said he didn’t know if state would provide a third trailer. The chief said his officers could perform a speeding survey, which could be completed before the next meeting.

Moseley moved to table previous motion until a speeding survey was done. This motion was passed unanimously.

The commission also approved Auto Kustoms’ requests to block Chiles Street for spring and summer events in 2021 on the condition they contact the church to make sure there is no conflict.

Although there was no vote, the commission said they would send public works to install a handicapped sign in front of St. Peter’s African Methodist Episcopal on Lexington.