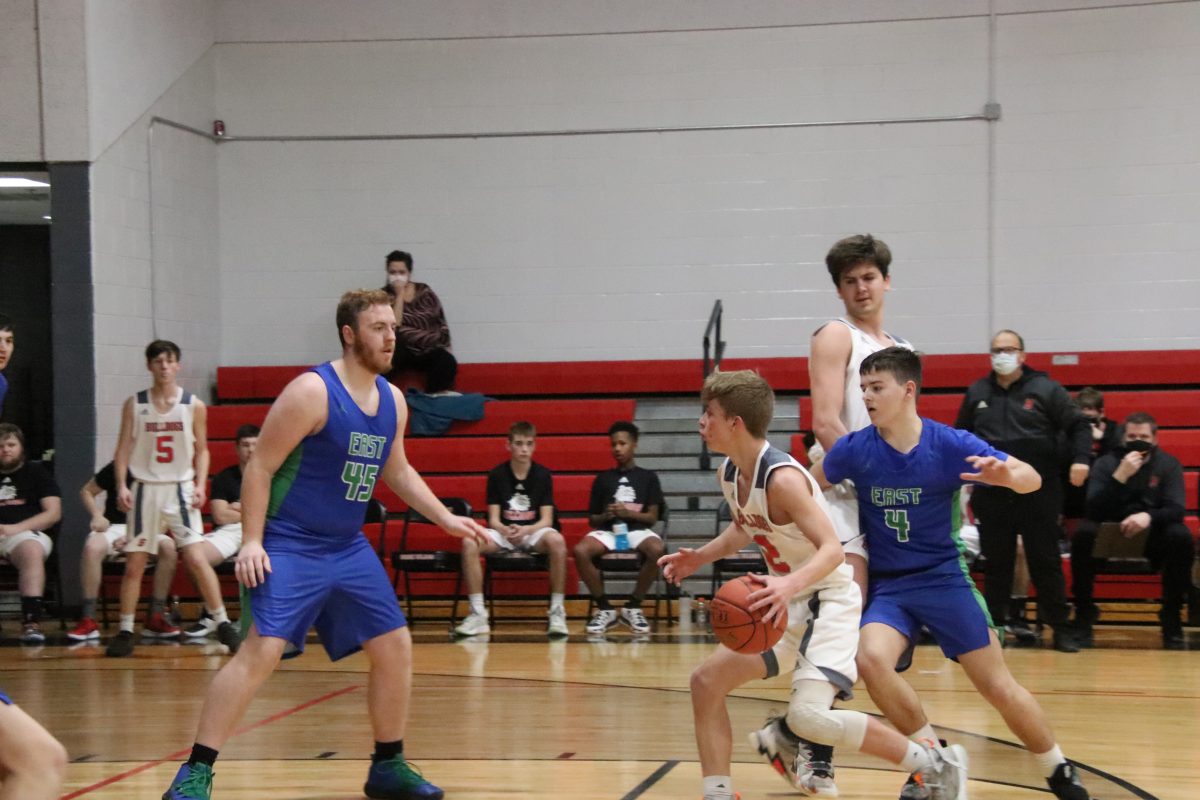 The Burgin Bulldogs  (1-3) faced district foe the East Jessamine Jaguars (4-1)  Thursday, Jan. 21 at the Jack Coleman Sr. Gymnasium. It was the first time the teams had met in regular season in a few years and while Burgin never backs down from a fight, they didn’t have enough fight to overcome East, 70-37.

“We are going to take every opportunity to get better,” said Burgin Head Basketball Coach Troy Thomas. “Playing district opponents is just one way to do that.”

Burgin sophomore Hunter Reed was set to defend under the basket when he was called for the block. Burgin’s bench wanted a charge called and a little over a minute later, Reed picked up his second foul of the game. However, third time was a charm for Reed and East did get the offensive charge call.

It was four minutes into the game before Burgin was able to get on the board with a basket by Robinson with an assist from junior Greyson Mitchell. Senior Evan May and sophomore Jacob Qualls both hit threes to close out the first quarter with East up 26-8.