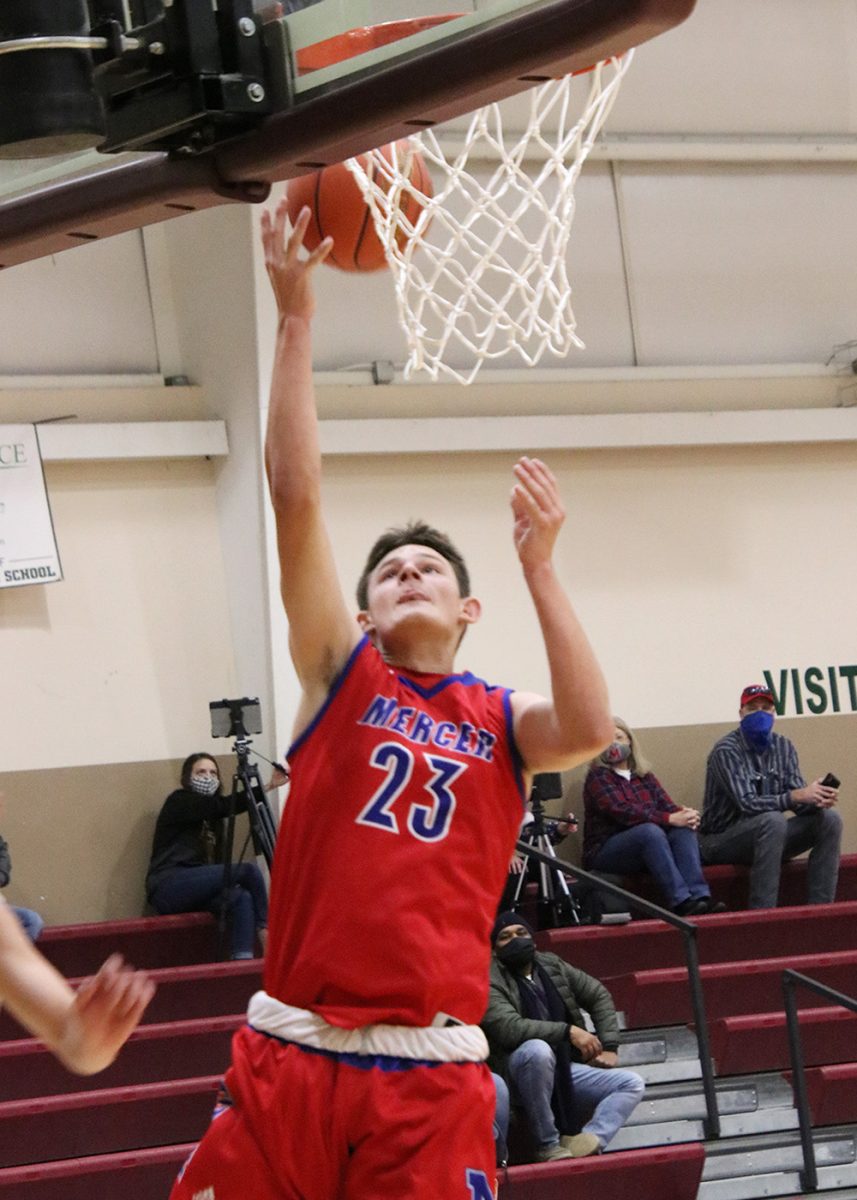 Sophomore Evan Hart scored a lay up against SCA on Jan. 21. Hart had 18 points and 16 rebounds for the game. The Harrodsburg Herald/April Ellis.

After being shut down for two weeks from a COVID-19 exposure, the Mercer Titans  (1-0) were back on the court Saturday, Jan. 23, against the Cougars of the Somerset Christian Academy (1-6).

“It was probably from an athlete and coaching standpoint, the strangest feeling game I’ve been through,” said Mercer head basketball coach Josh Hamlin. “Being away for 19 days, with only three days of practices when we stepped in, it didn’t really feel like a game. With not alot of fans, the atmosphere is just so different and doesn’t feel like a normal high school game. Getting back to regular play with three games this week hopefully will get us back in the momentum of it all.  I was encouraged by how hard they played being off like they were.”

This is SCA’s first year in the 12th region. They have a solid wall around the basket made up of brothers David and Aaron Crubaugh and a hot handed guard in Luke Atwood.

Sophomore Evan Hart started Mercer off scoring on a put back and stood his ground against David Crubaugh on the next trip down the court and earned the charge call.

“Evan had probably his best game in two years with 18 points . He did a really good job cleaning up around the rim and making good moves. We thought he had this potential and he is capable of doing this every single night,” said Hamlin.