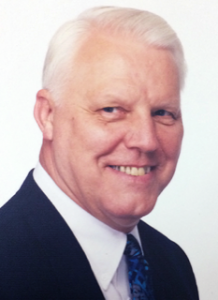 In 1957, Rod graduated from the College of Wooster in Ohio and went on to earn master’s and doctoral degrees from the University of Illinois.

After serving in the U.S. Army, he married Jill on Sept. 10, 1960, and, after finishing graduate school, moved to Louisville. There he began a 15-year teaching career at Indiana University Southeast, where he chaired the Department of Natural Sciences. Rod became a Christian in 1971 and devoted his life to Jesus Christ.

He served as pastor for 17 years at Louisville Trinity Church, which served as home base for numerous mission trips to India, Africa, Ecuador and Mexico. Rod was always planting and nurturing, whether in his yard, garden, or the hearts of those blessed to know him.

Those who knew him best were well served by his wisdom, thoughtfulness, kindness and love.

Rod devoted his retirement years to serving the community with Jill, studying the Bible, and working with pastors both locally and abroad. After living in Chesapeake, Virginia, they moved to Jamestown, where he became active with Habitat for Humanity and taught Bible studies at Fair Oaks Nursing Home for many years.

Rod and Jill moved to Harrodsburg in 2016, where they served at Harrodsburg Community Church, with Rod serving as an elder. He also enjoyed teaching Bible studies at the Willows Senior Living Community in Harrodsburg and classes at Victory Bible Training College in Louisville.

Donations can be sent in lieu of flowers to the Gideons International, Mercer County Camp, PO Box 176, Harrodsburg, KY 40330, or to Victory Bible Training College in Louisville, Kentucky.

Expressions of sympathy can be posted to SteenFuneralHome.com.

A memorial service for extended family will be held in the Spring of this year.