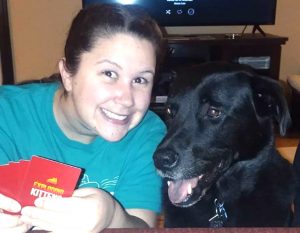 Abby Jones and her sidekick Fez have been making a big impact for Mercer animals for almost two years through their work at the Mercer County Animal Shelter.

“I actually walked in one day in June of 2019 because I had decided that I just needed to get involved and stop ignoring the issues regarding animals in shelters. I was nervous as most people are, because I was afraid that I would get attached to one and then it would have to be euthanized or something like that,” said Jones. “But I went ahead and went in to just offer to take some photos of the animals and write up little bios so that Wendy, the director, could post them on the Facebook page. That’s when she told me the previous rescue coordinator was no longer there and if I was up for the challenge.”

To read the complete story, pick up this week’s edition of the Harrodsburg Herald or subscribe online at www.harrodsburgherald.com