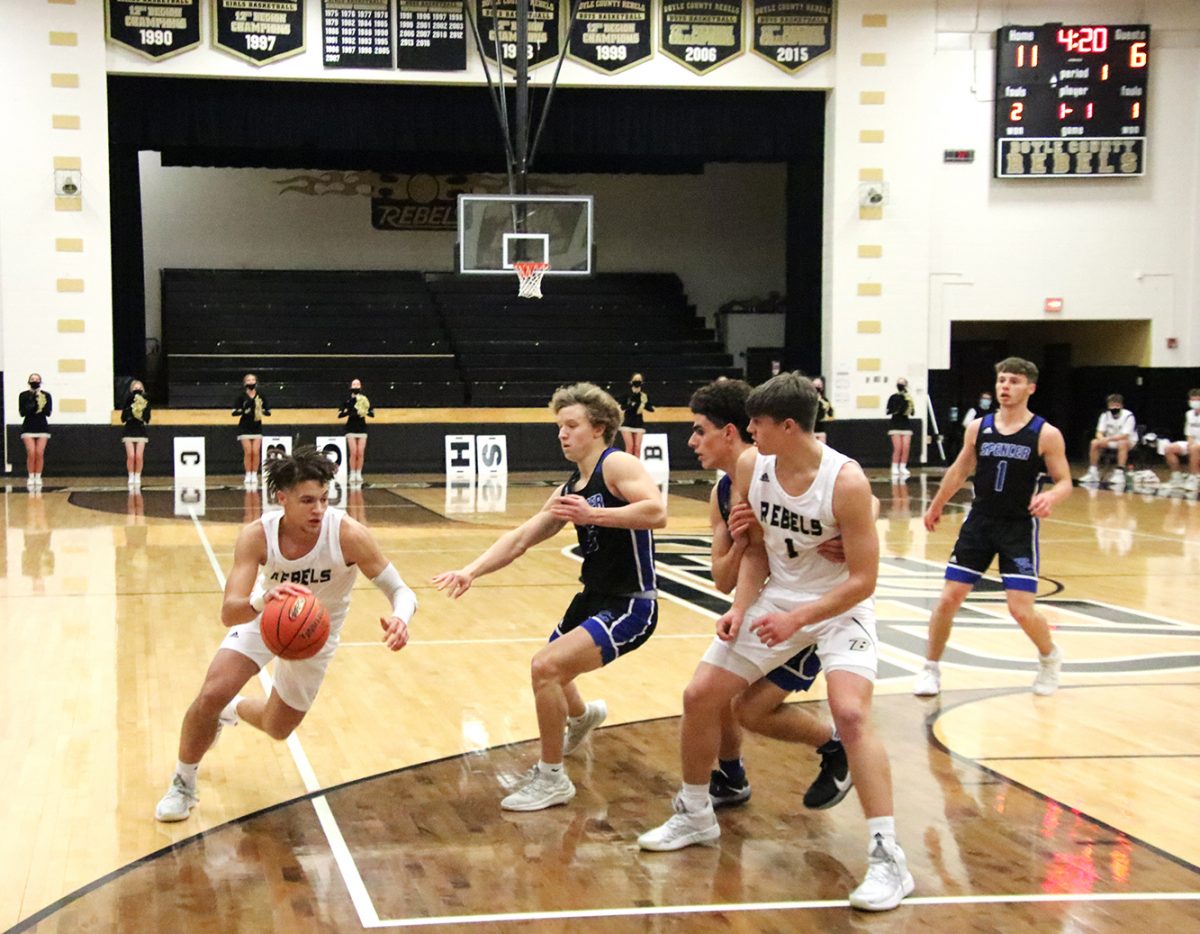 The Harrodsburg Herald/Samuel Warren
Luke Imfeld made his way to the basket with the help of a screen from teammate Luke Sheperson (1). Imfeld finished the game with 23 of the Rebels’ 60 points.

The Rebels’ length and athleticism prevailed against a Spencer County squad who had previously beaten Shelby, Nelson and Trimble Counties before traveling to Boyle County. After cancelling their two opening week games against DCA and Lincoln County, the Rebels were eager to take the court, and it was shown through their effort on defense.

The Rebel press was too much for Spencer to handle and within the opening minutes the Rebels jumped out to a 7-2 lead. Pressing is something Head Coach Dennie Webb plans to do more throughout the season.

“We did it some last year,” said Webb, “but felt as the season progressed, that we didn’t have the depth to do it effectively; this year, I believe we do.”