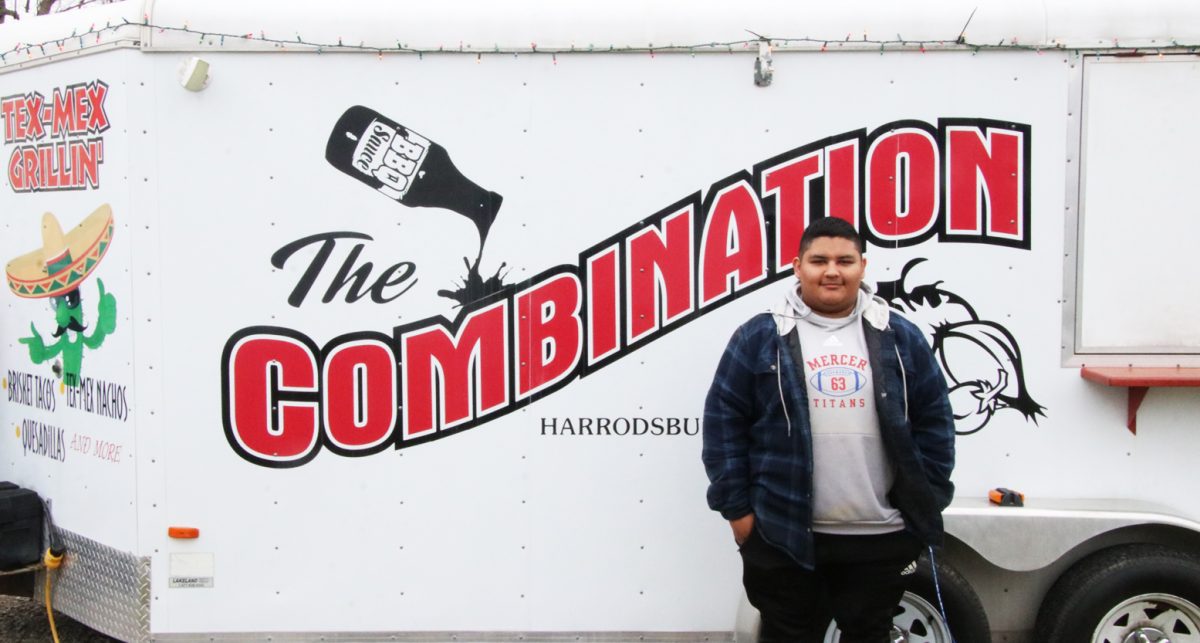 The Harrodsburg Herald/Sam Warren
Richie Macias helps run “The Combination,” a Tex-Mex food truck located in Harrodsburg. Macias has recently bought another food truck and plans to one day open a restaurant of his own.

Richie Macias is a class of 2021 graduate of Mercer County Senior High School. He will be leaving the school with a 3.4 GPA, as well as a three-year starter on the offensive line for Mercer’s football team. Throughout the last four years of Macias’ life, there has been a serious realization in regards to his future and aspirations to one day own a local business.

Macias has learned everything he knows from his dad, Ezekiel Macias, who is the owner of The Combination food truck. The Combination has been selling Tex-Mex food in Harrodsburg and surrounding areas for four years. Richie assists his father in preparing a fusion style menu for its customers, but sometimes Richie runs the truck himself.

“My dad showed me everything I need to know about the food truck as far as how to cook all the way to how to run it as a business,’ said Macias.

Macias is motivated by creating food that customers can enjoy, and says it is their enjoyment that inspires him to seek higher education in the culinary arts and pursue a career in creating and selling unique foods.

Macias will be attending Sullivan University’s Culinary School in the coming fall, learning to fulfill his dreams in the culinary arts while also running his small business. Macias hopes to soak in all of the knowledge he can before opening up a restaurant of his own and plans to work in the food industry further before venturing into restaurant ownership.

Macias wants his restaurant to be a bar and grill that is not exclusively Mexican cuisine, he wants to serve people with more American themed foods, providing customers with another unique option to choose from. Owning a restaurant allows Macias to directly influence the general public with his food while also accomplishing a dream of his. Business ownership is a necessity for Macias because it allows him to work for himself and work hard.

“Owning my own business interests me because it motivates me to work hard and keep coming up with new ideas,” said Macias.

Just recently, Macias acquired another food truck which he plans to run while in college, learning about personal business ownership while also advancing his culinary arts education.

“Right now I am in the works of opening up my new food truck called ‘nacho average food truck.’ It’s going to be a nacho truck with different types of nachos, and it will also have chimichangas and other new items. I am working on this food truck to start my career off in the culinary world,” said Macias.