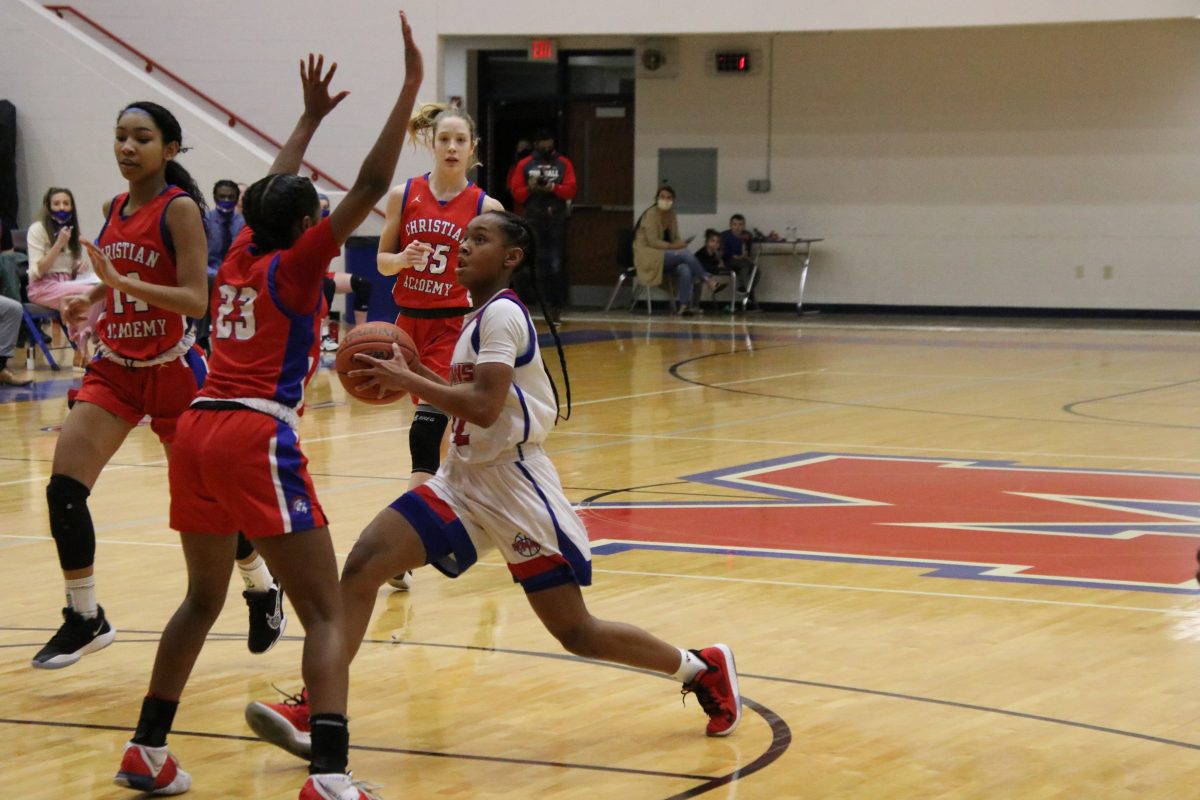 The Harrodsburg Herald/Samuel Warren
Timberlynn Yeast drove the ball toward the basket while CAL star Jaya McClure (23) played defense. The two players had a combined 38 points for their teams in the Lady Titans 63-59 win.

The Mercer County Lady Titans basketball team (2-0) defeated the Christian Academy of Louisville Lady Centurions basketball team (2-1) in a competitive affair decided by just four points on Saturday, Jan. 9. The 63-59 final scoreline changed leaders often throughout 32 minutes of play, but in the end, the Lady Titans 20 fourth-quarter points made the difference.

The Lady Titans had suffered defeat each of the two times they played CAL since Hayley Spivey’s appointment as head coach in 2018. Timberlynn Yeast and Anna Drakeford’s 39 combined points led the Titans to victory though, and 39 attempted free-throws didn’t hurt Mercer either.

The Titans led for most of the first half and were up 14-9 at the end of the first quarter, but CAL point guard Jaya McClure did everything she could to slow the Titans down. McClure, a junior, scored 21 points during the game, bringing her season average to 21.7 points per game. The impact of McClure and teammate Abigail Embry earned the Lady Centurions a 32-31 lead at the half.

Rebounding was a struggle for Spivey’s team; throughout the night, the Lady Titans were outrebounded 33-42 and nearly half of the squad’s boards came from Yeast, who grabbed 15.