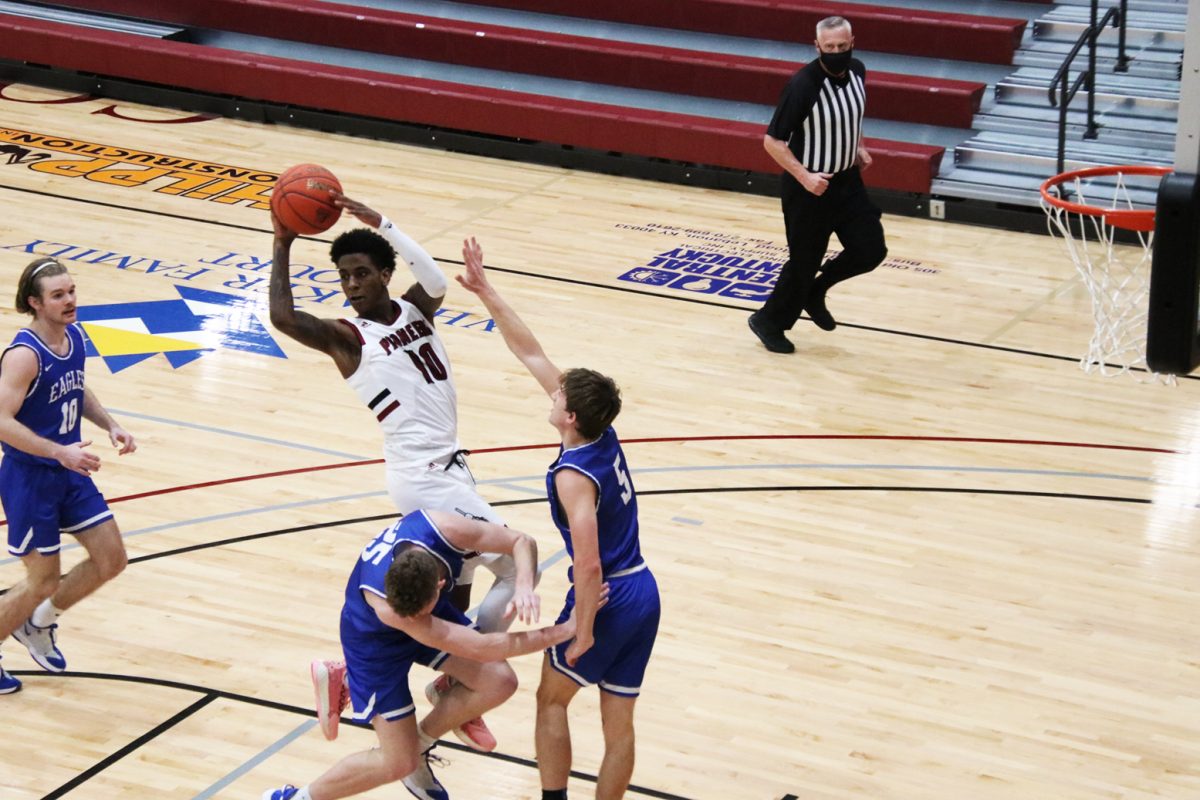 It was a tale of two halves Saturday for the Campbellsville University Harrodsburg Pioneers.

After a first half that saw the Pioneers shoot nearly 54 percent from the field, that script flipped in the second half—and flipped quickly—as the Eagles clawed back from a 10 point first-half deficit to beat the Pioneers for the second time this season.

CU Harrodsburg jumped out to a double digit lead midway through the first half, and despite seeing that margin evaporate down to a three point lead with just over a minute to go, the Pioneers ended the first half on a 6-0 run after Chris Rawlins made a jumper, followed by a Kereion Douglas layup and a Rawlins layup as the first half clock expired.

Rawlins’ last second layup gave the Pioneers a 39-30 lead at the half but head Coach Austin Sparrow told his team that Alice Lloyd would start to hit their shots. And that they did.