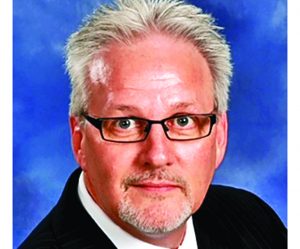 Dave Walters has been named the new director for the Conover Education Center in Harrodsburg.

Walters, who is serving as interim director of the Center for Global Engagement at Campbellsville University’s main campus, has also been named to associate vice president for regional administration, the university announced in a press release.

CU Harrodsburg is the university’s fastest expanding center with a wide array of academic programs and extracurricular activities including athletics.

“Dave Walters is the right person at the right time to help the Conover Education Center,” said Campbellsville  Acting President H. Keith Spears. “He has a wealth of experience and knowledge about the university with its focus on students, and he has the organizational finesse to move this exciting center to a new level of service.”

Walters has served the university in several capacities the longest of which was vice president for admissions and student services  from 2003 to 2017, when he left the university for other pursuits. In 2018, he returned to the campus to assist in evaluating and developing potential programs and was named interim director of the Center for International Education (now known as Center for Global Engagement) as well as director of a potential culinary studies program in 2019. He became Campbellsville’s Healthy-at-Work officer earlier this year.

“I am honored that my colleagues and the university administration have asked me to take on this important task,” Walters said. “The Conover Center, as does its sister centers across Kentucky and beyond, represents the university at its location. We are in Harrodsburg to serve that region, and we will reflect both the university and the communities as we serve our Christian mission.”

To read the complete story, pick up this week’s edition of the Harrodsburg Herald or read online at www.harrodsburgherald.com.